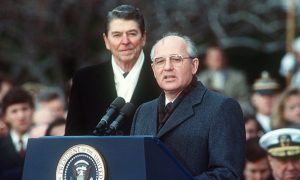 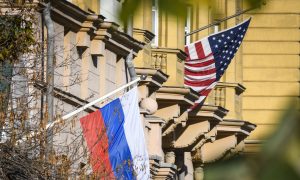 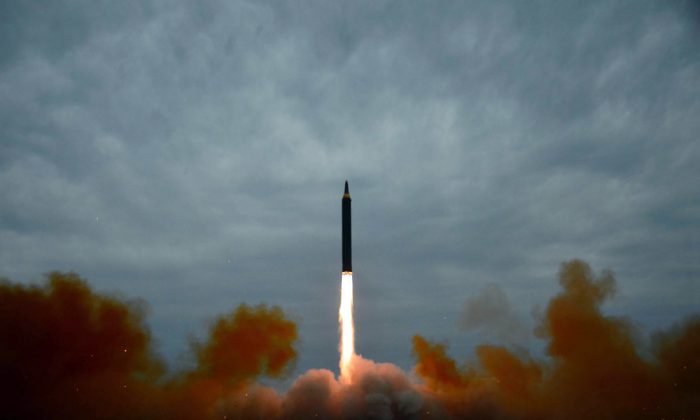 WASHINGTON—A former United States Senator and two former US diplomats testified before the House Strategic Forces subcommittee on the implications of the United States’ impending withdrawal from the Intermediate Nuclear Forces (INF) Treaty and prospects for an extension of the New Strategic Arms Reduction Treaty (New START) with Russia on Feb. 26.

Former Sen. Richard Lugar (R-Ind.) called for the preservation of INF and New START.  He argued that countering Russia is easier within the treaty than outside it, and that INF’s value resides not only in limiting weapons but verifying them, which requires the two sides to work together and thereby build confidence. “There is safety in transparency,” he said, while “drifting towards unrestrained arms competition would be an incredibly hazardous outcome.”

Lugar said leaving INF and New START “calls for a total new beginning and right now I don’t see that kind of initiative in the administration or the Congress,” as arms control has “not been on the table for 9 years.”

Former Deputy Secretary General of NATO Alexander Vershbow concurred with Lugar about the value of INF and New START, but was pessimistic about the likelihood of rescuing INF.  Russia “has long sought to escape the INF treaty’s limitations so [it] could counter INF missiles of countries like China and Pakistan, not subject to the treaty’s constraints,” he stated.  Alternatively, he offered options to address security concerns of the United States and its allies in INF’s absence.

These included deploying existing systems to counter Russia without developing new weapons that might alarm allies, entering new agreements that would prohibit nuclear warheads on missiles (INF prohibited the missiles themselves), and allowing Russia to inspect U.S. missile defense sites for offensive capability.

He also proposed including China in any follow-on agreement to INF, as President Trump mentioned in his State of the Union address earlier this month.

Both Lugar and Vershbow spoke to bolstering the confidence of U.S. allies.  Vershbow told subcommittee chairman Representative Jim Cooper (D-Tenn.) that the US would need to “allay concern about the viability of the U.S. deterrent” in order to prohibit nuclear warheads on previously-banned intermediate range missiles.

Rep. Michael Turner (R-0hio) pointed out that some INF violations had not been shared with NATO allies. Lugar responded that leaving INF undercuts U.S. leadership with NATO, expressing the need “to fortify that” by making violations known to allies and providing new information to European defense officials.

Former Assistant Secretary of State for Verification, Compliance, and Implementation Paula DeSutter was more circumspect in her assessment of the INF and New START agreements, pointing out that the Obama administration failed to confront Russia about INF violations from 2008 to 2013 and that extension of New START would not address the North Korean, Chinese, or Iranian threats.

President Reagan denied Russia the benefit of its violations with force modernization, “but more importantly, he pursued missile defense,” she pointed out.  She advised pursuing missile defense to protect against cheating on arms control agreements and to reduce development of adversaries’ weapons systems that cannot defeat it, thereby making future agreements more effective.

Vershbow and Lugar also favored deploying missile defense while extending New START and pursuing new arms control agreements.  Vershbow added that there was “no contradiction between continuing to develop and deploy missile defense systems while maintaining the New START agreement.”

DeSutter said, “I cannot see how we could counter with offense the Chinese buildup.”  She believed the answer to China’s buildup was missile defense, “so that they will see that they have wasted their money—they and the Russians.”