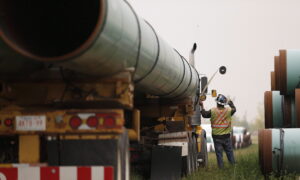 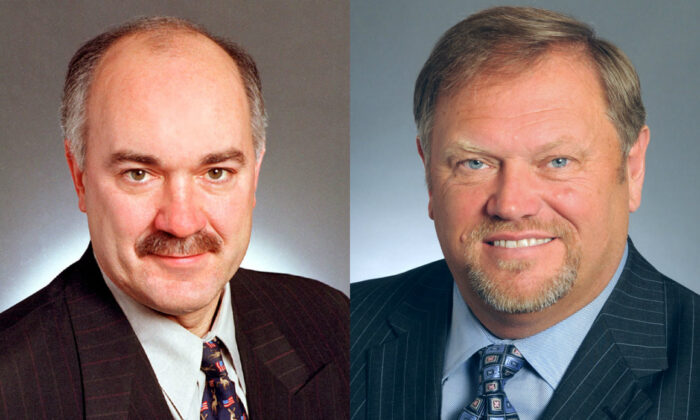 The former Democrat leader in Minnesota’s state Senate announced with a colleague on Nov. 18 that he’s leaving the party.

“People are going to wonder why I’m doing this—and to be honest, there are several reasons,” Bakk said in a press release. “I’m very disappointed by the extreme partisanship going on nationally and right here in Minnesota. Both political parties are to blame. The constant negative and sharp rhetoric is undermining voters’ confidence in our public institutions. It doesn’t have to stay this way.”

“My constituents elected me to serve them to the best of my abilities. The Iron Range has provided the ore that has forged the steel that has made the bridges of America. If we expect to actually bridge the partisan divide, someone must take a proactive step to build such a bridge,” Tomassoni said in a statement.

Bakk was the Democrat leader in the Senate from 2013 to earlier this year.

Bakk, 66, and Tomassoni, 67, are forming a new, independent caucus.

“Forming this new caucus is just a natural progression of aligning more with moderate than the far right or left,” Bakk said. “Additionally, we will not stray from the values of northern Minnesota and what our people are most passionate about—our economy and jobs that support our families and our economic lifeline of mining and wood products. Our natural resource-based economy is critical to our region of the state.”

Republicans had a 35–34 majority in the state Senate before the move.

That would automatically lead to the president of the Senate, Tomassoni, filling the lieutenant governor role.

The Senate presidency expires at the end of 2020.

Paul Gazelka, the state Senate majority leader, said in a statement that he welcomed the announcement of the independent caucus “and the stronger alignment we will have as a result.”

He also said that he intends to give both Bakk and Tomassoni a significant committee to chair.

“Their voices for northern Minnesota were left out of the [Minneapolis]-centric Dfl. We hear their constituents and want to help,” he wrote on Twitter.

Susan Kent, the DFL’s leader in the Senate, issued a statement saying her caucus “includes a broad spectrum of views, especially as the only Senate caucus with members from urban, suburban, and greater Minnesota communities, but it does not stretch as far as those who wish to function outside of our values as a caucus.”

“The Senate DFL is focused on working hard to get this pandemic under control, get Minnesotans back to work and school safely, and eradicate our state’s horrific racial disparities. We appreciate their service and look forward to working on behalf of all Minnesotans with all of our colleagues in the future,” she said.