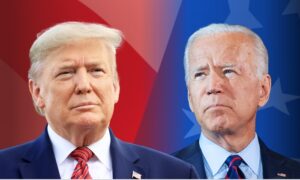 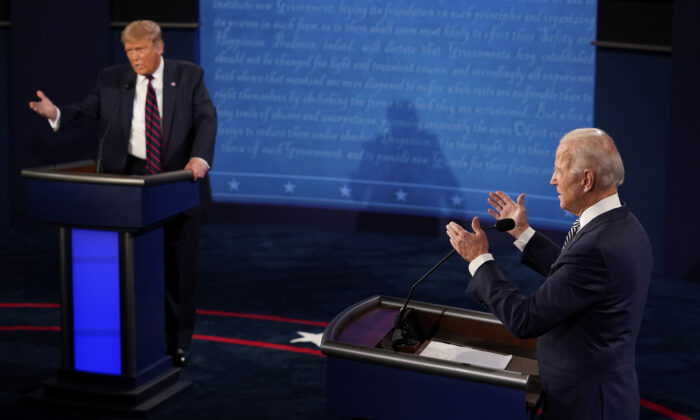 Former Sen. Bob Dole (R-Kan.) late Friday alleged that the Commission on Presidential Debates (CPD) has no Trump supporters, hinting that the commission is “biased.”

He wrote on Twitter that while the CPD is “supposedly bipartisan,” with an equal number of Republicans and Democrats, he knows all of the Republicans and is “concerned that none of them” support President Donald Trump.

“A biased Debate Commission is unfair,” he added. The president weighed in on the senator’s remarks, writing on Twitter: “Thank you … So true!”

The president’s reelection campaign has accused the CPD of bias. Senior members of the Trump campaign said in a call with reporters on Oct. 1 that the CPD’s leadership are “permanent swamp monsters” who are “any thing but” nonpartisan.

“It’s full of Never Trumpers and it’s full of swamp creatures,” Perrine said. She added that Trump plans to hold a campaign rally on Oct. 15 instead of attending the scheduled presidential debate, which the CPD recently announced would be held virtually.

“As of right now the president has been very clear he is not interested in doing a virtual debate and instead he will hold a rally,” she said.

The CPD has since canceled the second debate and is focusing on holding the final presidential debate on Oct. 22.

The CPD was established in 1987 to ensure “that general election debates between or among the leading candidates for the offices of President and Vice President of the United States are a permanent part of the electoral process.” The group describes itself as “nonpartisan” and “independent.”

Trump on Thursday said that the CPD’s attempt to make the second presidential debate virtual was to protect Democratic presidential candidate Joe Biden.

“They’re trying to protect Biden. Everybody is,” Trump said in an interview with Fox News on “Mornings with Maria.”

The CPD announced on Thursday that it had sought to change the format to a virtual even to “protect the health and safety of all involved.” The announcement came just less than a week after Trump’s announcement of his COVID-19 diagnosis on Oct. 2.

The Biden campaign said in statements on Thursday that Biden was “prepared to accept” the CPD’s decision on the virtual Town Hall and accused Trump of evading the public’s scrutiny on is “failures on COVID and the economy.” The campaign also said it was “looking forward” to the final debate on Oct. 22.

Biden will instead participate in an ABC News town hall forum in Philadelphia on Oct. 15.

CPD Republican co-chair Frank Fahrenkopf told Fox News on Thursday that its initial decision to hold a virtual event was “guided by the medicine.”

“We will be guided by those people advising us, we are not doctors. And as you know, the Cleveland Clinic has been advising us throughout. They went along with this decision,” Fahrenkopf said.

Its decision was driven “not only [by] his [Trump’s] diagnosis and what happened in Cleveland but what’s happened in the White House in the last week or so [with] so many people having to be tested and quarantined,” Fahrenkopf told the outlet on Thursday.

The CPD did not immediately respond to a request for comment.