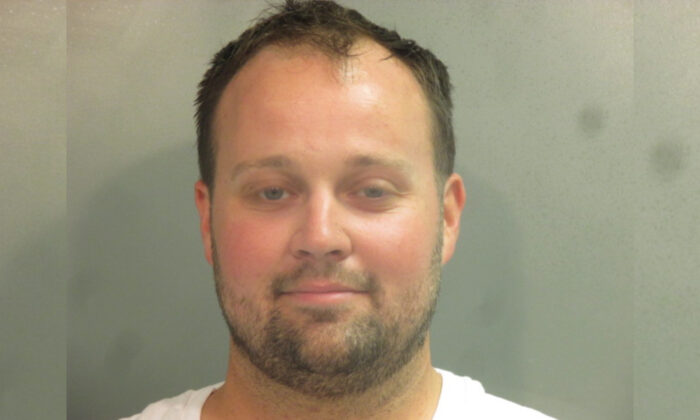 Former reality TV star Josh Duggar was jailed Thursday after being arrested by federal authorities on charges that are not yet clear.

Duggar, known for his extended family’s TLC reality show “19 Kids and Counting,” was arrested by U.S. Marshals at his Arkansas home on Thursday afternoon and placed in federal custody at Fayetteville’s Washington County Detention Center, according to the Washington County Sheriff’s Office

No bail was set for Duggar.

The Washington County Sheriff’s office didn’t immediately respond to a request for comment.

The 33-year-old’s reality TV show was canceled in 2015 after a 2006 police report was unearthed that said he molested five underage girls—four of them his sisters—when he was a teenager. Duggar’s parents said he had confessed to molesting his sisters while they slept.

He was never charged, but said in a statement later that he had acted “inexcusably.” He said at the time that his parents had arranged for him and “those affected by my actions” to receive counseling.

“Twelve years ago, as a young teenager, I acted inexcusably for which I am extremely sorry and deeply regret,” he said in addressing the allegations. “I hurt others, including my family and close friends.”

Duggar was also fired from his position at Christian lobbying group the Family Research Council after the report surfaced.

In 2019, Homeland Security agents raided the car dealership where he had worked in connection with an ongoing federal probe, however, it’s not yet clear whether that incident and his arrest this week are linked.

According to TMZ, he has also been sued for real estate fraud.

News of his arrest comes days after his wife, Anna Duggar, 32, announced on Twitter that she and Duggar are expecting their seventh child together. They have been married since 2008.

“It’s a GIRL!!!!!,” Anna wrote on social media. “We are overjoyed to announce baby seven is on the way and we can’t wait to hold her in our arms this fall!”

He previously apologized for cheating on his wife using an online dating service for married people. He later attended marriage counseling and entered into faith-based rehabilitation program.