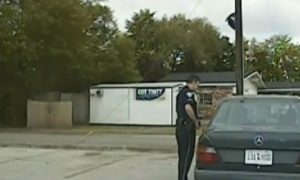 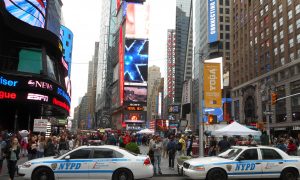 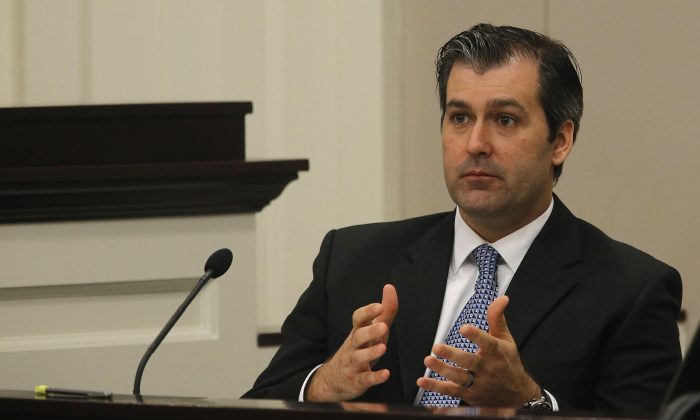 Former South Carolina police officer Michael Slager was sentenced to 20 years in federal prison on Dec 8. for fatally shooting an unarmed man in the back after a traffic stop.

After the sentencing, Anthony Scott, the victim’s brother, said, “We are hurt and we do have some type of passion for the Slager family, in that they have to suffer as well. And we do forgive Michael Slager for what he did. But yes, we did want justice for my brother, and we feel that we have gotten a sense of justice.”

Members of both families cried when the sentence was announced.

Slager’s mother, Karen Sharpe, said, “This will be in his heart for the rest of his life and will never, ever go away.”

“He’s a very, very good person and he’ll think of this for the rest of his life.”

“I miss my brother, and our family will never be the same,” Anthony Scott said. “Until I got the help I needed, it helped me to release the pain of losing my brother. God gave forgiveness in my heart for Officer Slager.”

“We have to get this type of justice, because being a police officer is one of the most powerful jobs in the country, and it should be respected,” said Chris Stewart, an attorney for the Scott family, at a press conference following the sentencing. “But that doesn’t mean you’re above the law. That doesn’t mean you can do as you please.”

In his final statement, Slager said, “I wish I could go back in time and change the events. But I can’t. It’s a very tragic situation. I’m standing before the Scott family and the court and taking responsibility for the actions of April 4, 2015.”

Michael Slager was a 33-year-old officer with five years with the North Charleston, South Carolina, police department on April 4, 2015, when he stopped Scott’s car for having a broken tail light.

When officer Slager headed back to his car to run Scott’s license and registration, Scott exited the car and took off running. Slager jumped out of his car and took off after the fleeing suspect.

Slager did not realize that a bystander, Feidin Santana, had videoed the encounter on his cell phone. The video told a different story.

In the video, it appears that Slager catches Scott and grabs him from behind. Scott attempted to break free, and Slager dropped something,—something which was later judged to be the taser in question. As far as can be determined from the video shows, Slager tased Scott, then grabbed him. Scott broke free and Slager dropped his taser.

Scott immediately turned and started running, while Slager reached for his gun. As Scott fled, Slager opened fire. Slager fired eight shots, five of which struck Scott in the back.

Scott was at least 15 feet away from Slager and running away when Slager started shooting, making any claim of self-defense invalid.

After Scott fell, Slager ran to his body and handcuffed it. He then ran back, picked up the taser, and walked back to the body.

There, in the presence of another officer, Slager dropped the taser to the ground next to Scott’s body. On the video, Slager can be heard radioing, “He grabbed my taser.”

Slager later picked up and holstered his taser.

Slager was arrested for murder on April 7, 2015. A South Carolina Grand Jury indicted officer Slager for murder on June 8, 2015. He was held in jail until January 2016, then released on bond.

His trial started on Oct. 31. After five weeks of testimony, 11 out of 12 jurors voted to convict, but one refused and the judge declared a mistrial.

On May 11, 2016, Scott was charged with three federal offenses: violating Scott’s civil rights, unlawfully using a weapon during the commission of a crime, and obstruction of justice. Scott pleaded guilty to the civil rights violation in return for the other charges being dropped. This included the state’s murder charge; Slager had been scheduled for a new trial in 2017.

The federal judge, Judge David C. Norton, had to determine whether Slager was guilty of murder or manslaughter.

Slager has two weeks to appeal his sentence.

Based on the video, do you think Michael Slager is guilty of murder? Do you think the sentence is fair?