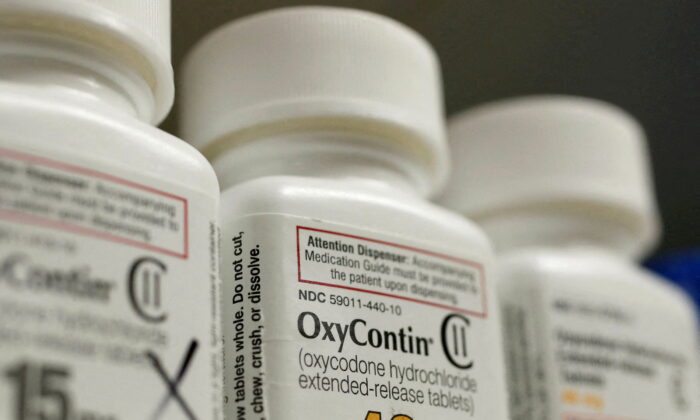 SANTA ANA, Calif.—A former physician assistant at a Fountain Valley medical clinic was sentenced May 16 in a federal court for illegally selling prescriptions for oxycodone, a highly addictive opioid painkiller, to dealers, knowing the drugs would be sold on the street.

Raif Wadie Iskander, 56, formerly of Ladera Ranch, but who now resides in Montana, pleaded guilty in November 2020 to one count of conspiracy to distribute oxycodone.

From 2018 to April 2019, Iskander, who was a licensed physician assistant in California, wrote prescriptions for purported “patients” he had never met or examined.

Iskander provided to drug dealers multiple paper prescriptions that he had signed, but with the patient names left blank, to be filled in later.

In exchange for cash, Iskander wrote fraudulent oxycodone prescriptions for co-defendants Johnny Gilbert Alvarez, 42, a.k.a. “M.J.,” of Santa Ana, who sold the prescribed drugs on the street as well as to an undercover officer.

Iskander knew, according to the U.S. Justice Department, that the oxycodone filled from the prescriptions would be sold to drug customers who were not using the oxycodone for legitimate medical purposes and whom he had never met or examined.

Alvarez pleaded guilty in November last year to one count of distribution of methamphetamine and is scheduled to be sentenced on June 13 in Santa Ana Federal Court.

The Drug Enforcement Administration, the Costa Mesa Police Department, and the California Department of Health Care Services investigated this matter.