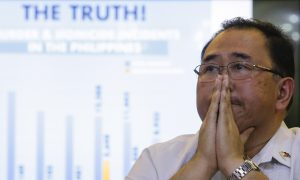 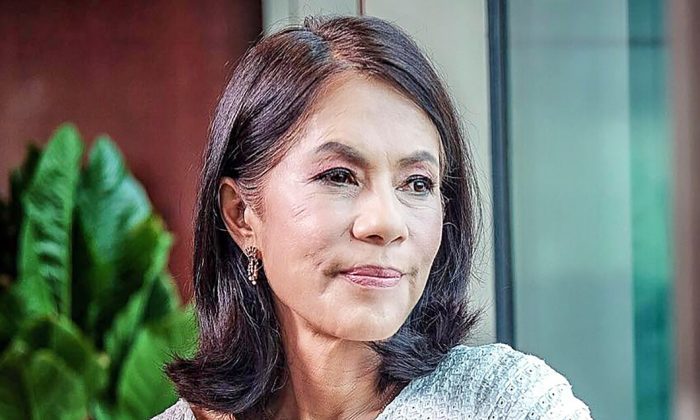 An outspoken advocate for environmental conservation and child protection in the Philippines died on Aug. 19, just months after revealing she was experiencing health challenges.

The death came as a surprise for some since Lopez, more affectionately known as Gina, never went public with her battle with the deadly disease.

The only hint she gave was in a July 3 social media post of Filipino singer Gary Valenciano performing for her where she admitted she was feeling unwell.

“As some of you may know, I am having health challenges which I have found a blessing,” Lopez said on Facebook. “I was was blessed to have a visit from Gary, his wife Angeli, and the sister of Maricel who is also a very beautiful person.”

She admitted she was a fan of his music and described him as an “authentic” person.

“This is Gary singing to me … he is such a beautiful person,” she said. “It’s amazing how he hasn’t been pulled off center by being in showbiz, he continues to be authentic [and] it helps that he is surrounded by similarly authentic people.”

Lopez served as environment chief for several months after being appointed to the role at the request of incumbent Filipino President Rodrigo Duterte back in the year 2016, according to CNN. However, the Commission on Appointments removed her from her post in March 2017 due to controversy over her stance to close mining operations that were found to have violated the country’s environmental laws.

She previously chaired the ABS-CBN Foundation and led the Bantay Bata 163 child welfare program to protect disadvantaged and at-risk children.

“The whole ABS-CBN family profoundly mourns the passing of Regina Paz ‘Gina’ Lopez,” the foundation said in a statement published by ABS-CBN News. “With Gina’s passing, we lost a fervent advocate of children’s rights and protection, a passionate proponent of sustainable livelihood among the underprivileged, and an unswerving champion for environment preservation.”

Lopez is remembered for founding the Bantay Kalikasan program, which advocates for environmental protection. During this time she championed restoring the La Mesa Watershed and rehabilitating the Pasig River. These significant environmental achievements helped land her the chairperson role at the Pasig River Rehabilitation Commission back in 2010.

“She also pushed for numerous campaigns and projects, including Kapit Bisig Para sa Ilog Pasig, No To Mining in Palawan, the reforestation of the La Mesa Watershed, and the TV program ‘G Diaries’–all of which made a lasting impact on communities,” the foundation said. “Gina was the pillar of strength that pushed AFI to achieve what seemed to be impossible. Her caring heart and selfless kind of love inspired people within and beyond the organization to help and serve others.”

The foundation extended its condolences to Lopez’s family and loved ones.

“We also pray that her legacy continues to live on in the heart of every Kapamilya she had touched in her lifetime,” the foundation said. “We will never forget her and will continue to honor her remarkable contributions not only to ABS-CBN but the entire nation. Thank you Gina, for showing us how it is to live in the service of the Filipino.”

The family is also asking supporters to make a donations towards Lopez’s funeral expenses directly to the ABS-CBN Foundation instead of buying flowers or signing a mass card.

Lopez is survived by her two sons.