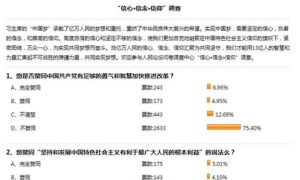 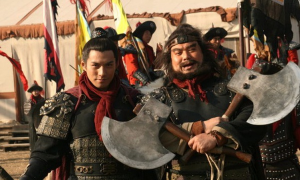 An example of a "red head" document from the communist Party's Wuhan City Commission, and instructions (on the right) on how to write such documents. (Screenshot by Epoch Times)
China

An unflattering exposé of People’s Daily, the flagship propaganda newspaper of the Chinese Communist Party (CCP), published by a former employee, states that the newspaper’s mission is to promote and safeguard the Party’s interests and image and that it manipulates news.

The article was published in the March edition of Cheng Ming Magazine, written by Cheng Kai, who identified himself as a former People’s Daily reporter.

The following is a slightly edited translation of the original Chinese article.

Although People’s Daily is categorized as a newspaper, it does not contain news. It is known as a propaganda tool for the CCP. It manipulates news and does not report the true events.”

The CCP often issues documents with red titles, the “red head” document, to leaders of all lower levels of the Party and government offices, instructing them on what to do and what not to do. People’s Daily is the expanded edition of the “red head” because it reaches the lower levels in the Party.

I was part of the CCP’s People’s Daily news team, and I was told the Party’s newspaper mission is to promote the Party’s principles and policies and to safeguard the Party’s interests and image.

Never was I told to report the news or to spread information.

People’s Daily has a function that the “red head” doesn’t, and that is to deceive the public. Former People’s Daily President Hu Jiwei described People’s Daily as: “the only truth about it is the newspaper publication date; the rest is phony.”

Savvy Chinese people who read People’s Daily have to reverse the news: If the newspaper says it is excellent, it must be terrible; if it says that the future is bright, then it is gloomy.

Every day, or every few days, Party newspaper editors and reporters are updated with what the leaders want. Then they search for topics to report in order to convey the leaders’ messages.

Editors are also asked to be in line with the will of the highest Party leaders. The so-called consensus is consistent with the Party’s top leaders. People’s Daily especially is required to have the highest consistency.

I recently read People’s Daily and often saw Xi Jinping’s activities reported on the front page, which is absolutely not newsworthy. For People’s Daily, nothing in the world is more important than the CCP leader shaking hands with some foreign leader.

The Chinese communist regime relies on propaganda to govern China, and People’s Daily is its most outstanding propaganda machine. Among the various media in China, only the president of People’s Daily is entitled to attend the meeting of the CCP’s Politburo Standing Committee.

Any commentary published on People’s Daily represents the thoughts of the Party’s central authorities. All of the editorials and commentaries must be pre-approved by members of the Standing Committee or even the Party’s General Secretary before they can be formally published.

People’s Daily operates on funds directly appropriated by the CCP’s central authorities. Having a daily circulation of 2.5 – 3 million copies is impossible to achieve without the Party’s regulation and administrative decree.

Government units also recognize the importance of subscription—reading People’s Daily is the only way to learn the thoughts and will of the Party’s central authorities and to avoid making mistakes at work.

Internal Reference has the power to impact an official’s career or a region’s administration. Therefore, all levels of government officials treat People’s Daily reporters with respect. When I worked for People’s Daily as a correspondent of the Shenzhen Special Economic Zone, I wrote an Internal Reference and mentioned that the geographic position of Shenzhen’s airport had been inadequately selected. That Reference eventually resulted in a relocation of the airport from Baishizhou, a bird sanctuary in the neighborhood of Shenzhen University, to Huangtian, where the airport is located today.

Editors of CCP-owned newspapers are enlisted as the Party’s cadres.

Presidents and Chief Editors of People’s Daily are frequently chosen from among provincial Party secretaries, central government ministers, or senior military generals. People with backgrounds in journalism are seldom promoted to top executive positions unless they don’t mind letting the CCP destroy their character. Such was the case of Deng Tuo, who committed suicide as the only way he could see getting out of the situation.

The incumbent Chief Editor of People’s Daily used to be my colleague in the reporting department. At that time, he was the correspondent for Hebei Province, and he gave the impression of being obliging and well mannered. Now that he’s the Chief Editor, however, he says black is white and has become a promoter of anti-universal values and anti-democracy for the CCP.

Translated by Fenny Li and Leo Chen. Written in English by Christine Martin and Gisela Sommer.