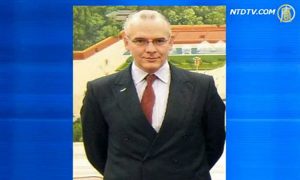 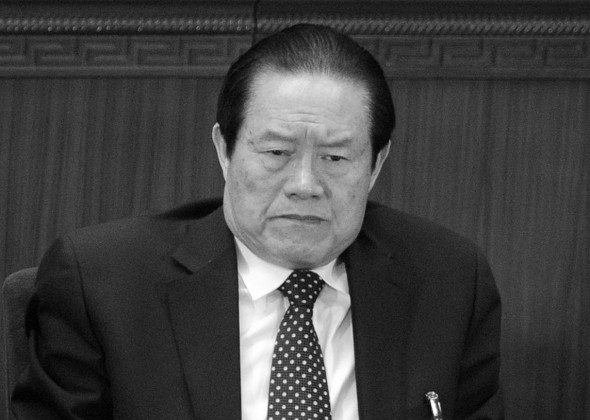 In a file picture taken on March 5, 2012, Zhou Yongkang, a member of the Politburo Standing Committee of the Chinese Communist Party, attends the opening session of the National People’s Congress at the Great Hall of the People in Beijing. Recent news reports in China suggest Zhou Yongkang may be indicted for corruption. (Liu Jin/AFP/Getty Images)
China

Former Party Security Czar Said to Be Under Investigation

The former head of the Chinese Communist Party’s security services, Zhou Yongkang, has over the last week been reported to be in “big trouble,” as authorities are said to be closing in on him after taking down a handful of his former underlings. The most recent reports said that Party Central has launched an internal investigation against him and that he may even be put behind bars.

Zhou has little purchase on the official levers of power now, says Boxun, an overseas dissident media, because he engaged in behavior that “crossed the political bottom line” of the CCP. The reference was to Zhou’s alleged involvement in a plot with Bo Xilai to seize power in the Party.

Boxun said that Zhou has been discussed in the recent top-level Party meetings at Beidaihe, a beach resort that top regime officials retreat to in the summer. “Two possible plans have been discussed: Zhou returns to the government tens of billions of yuan he has embezzled, or have him arrested and convicted,” said Boxun, whose reporting about such conversations is impossible to confirm.

Duowei News, another overseas Chinese media based in New York, said on Aug. 13 that it had learned from three high ranking Party officials that Zhou has been put under some form of internal control, and that Xi Jinping and members of the Politburo Standing Committee, the Party’s top ruling body, and some retired Party elders, have reached a consensus to launch a comprehensive investigation against him.

A report by Hong Kong’s Apple Daily on Aug. 15 also reported this consensus among former and current top Party leaders. Former Party chief Jiang Zemin, Zhou’s close ally and political patron, has also softened up his stance because Xi Jinping and premier Li Keqiang have in their hands a vast array of evidence against Zhou, including his collusion with Bo Xilai to usurp power, Apple Daily says.

A source in Beijing told Epoch Times that indeed there has been an internal investigation against Zhou.

Zhou’s network of underlings can be traced back to his career path since the mid-1980s: he was the Vice Minister in the Ministry of the Petroleum Industry, general manager of China National Petroleum Corporation, Minister of Land and Resources, Party Secretary of Sichuan, Minister of Public Security, head of the Political and Legal Affairs Committee (PLAC), which controls the security system, and member of the Standing Committee.

A Wikileaks cable in 2009 said that Zhou and his associates control the oil sector in China.

In January of 2012, the British Daily Mail listed Zhou Yongkang as one of the ten most powerful members of the ‘black collar’ elite in China.

In general, when the Party’s disciplinary committee targets a high-profile Party official, the investigation is conducted in the order of investigating and removing his former underlings first, sacking his close allies, and eventually closing in on him, according to another report by Duowei.

Since Xi took over as Party head last November, about a dozen businessmen from state-owned companies and Party officials—mostly from Zhou’s home province of Sichuan— were arrested and put under investigation, according to Duowei.

Among them, three officials have become the highest ranking officials who were brought down in the new Party leadership’s anti-corruption campaign. They are former deputy Party Secretary of Sichuan Li Chuncheng, former vice governor of Sichuan Guo Yongxiang, and former deputy director of the standing committee of the Hubei Provincial People’s Congress and Party secretary of the PLAC of Hubei Province Wu Yongwen.

Although Wu is not from Sichuan, a source purported to be within the discipline commission told Boxun that Wu’s corruption case is linked to Zhou.

Zhou’s son Zhou Bin was also arrested in Chengdu by officials from the central government two months ago, Hong Kong’s Apple Daily reported on Aug. 13, quoting a source in Sichuan.

Zhou Bin is said to be in charge of handling the Zhou family fortune, estimated to be worth billions of dollars, according to Want China Times. He was under investigation for allegedly transferring money out of the country illegally.

However, analysts said behind the string of arrests in Sichuan, Zhou Yongkang is the real “tiger” the Party Central want to catch.

In February, Beijing human rights lawyer Pu Zhiqiang openly denounced Zhou on his Weibo account, calling him a “poison” of society, a “traitor of the people who has brought huge disasters to the country.” Pu received no pressure from the authorities, as may have been expected.

In the past, members of the Standing Committee were virtually untouchable, and the Party’s disciplinary bodies would not investigate them.

According to a report by Hong Kong’s Frontline in June, Xi Jingping and Li Keqiang have lifted the ban on punishing members of the Standing Committee for any wrongdoing, saying that investigation against former or current members should be warranted as long as the evidence is solid.

In the past few days, several overseas Chinese media predicted that Zhou may become the first Party official, who belonged to the elite Standing Committee, to have a criminal investigation leveled against him. It would be the first time in 16 years.