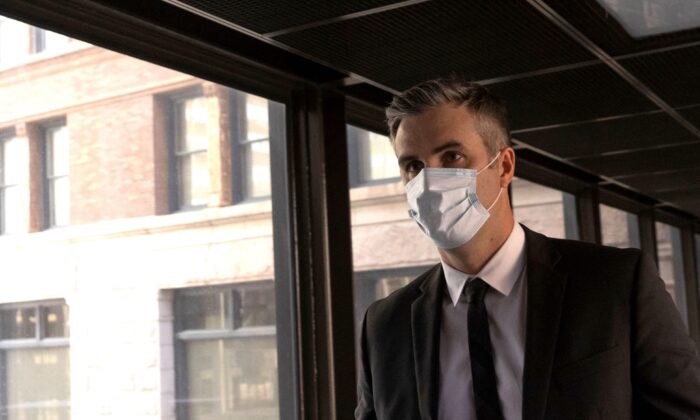 One of the four former Minneapolis police officers involved in the 2020 death of George Floyd pleaded guilty on May 18 to a state charge of aiding and abetting second-degree manslaughter.

As part of a plea agreement, Thomas Lane, 39, had one count of aiding and abetting second-degree unintentional murder dismissed. He had faced the state’s mandatory minimum sentence of 12 years in prison if convicted of that state charge.

State prosecutors and the defense have jointly recommended a sentence of three years, to be served concurrent with Lane’s federal sentence for violating Floyd’s civil rights, which is yet to be determined.

Lane’s potential 36-month sentence, according to a probation referral published by the Minnesota court on May 18, represents a “downward duration departure of 5 months,” meaning that Lane’s sentence is shorter than what state guidelines would prescribe under normal circumstances.

For a downward durational departure, the prosecution must agree that there are “mitigating circumstances,” that the case is “unusual,” and the “defendant deserves a break,” legal analyst Joe Tamburino told CBS News.

“Why were there such high charges to begin with? Why did we go through all of this in the last year-plus?” he said.

The state has additionally recommended that Lane be allowed to serve the time in federal prison, which has significantly lower in-prison mortality rates (pdf) than state prison.

Lane was one of four officers present when Derek Chauvin, the most veteran of the four, knelt on the neck and back of Floyd, who was handcuffed and lying on his stomach, as Lane and another officer restrained the man’s lower body before he lost consciousness and eventually died.

In February, a jury convicted Lane in federal court for violating Floyd’s civil rights while acting under government authority after a five-week trial. The jury found Lane guilty of “deliberate indifference” to Floyd’s medical needs.

The prosecutor in the February trial said Lane “did nothing to give Mr. Floyd the medical aid he knew Mr. Floyd so desperately needed.”

Meanwhile, Lane’s attorney, Earl Gray, said in the same trial that while Lane was assisting Chauvin in restraining Floyd, Lane twice suggested rolling Floyd over but was rejected both times by Chauvin. Gray urged the jury to “apply the law to the facts” and be “the exact opposite of a mob.”

Lane, who was initially scheduled for trial in June on the state charge, will be sentenced on Sept. 21.