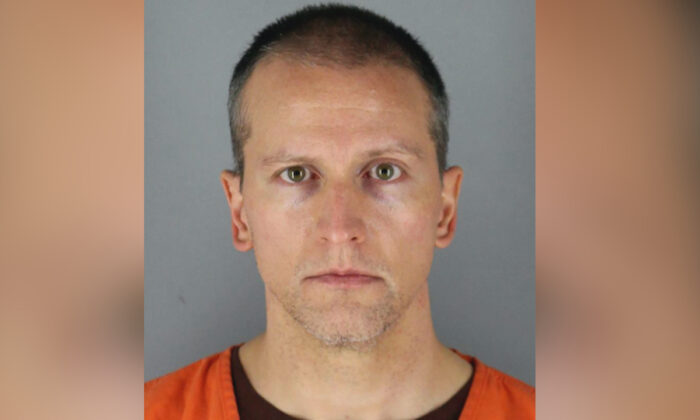 Lawyers for a former Minneapolis police officer charged in the death of George Floyd have asked a court to dismiss the charges against their client.

In a motion to the court, lawyers for Derek Chauvin on Aug. 28 argued that there’s a lack of probable cause supporting the charges that he faces.

Floyd’s death sparked widespread nationwide protests and riots across the country against police brutality and calling for police reform. It also sparked a movement to “defund the police,” which calls for reallocating funding destined for police departments to social programs, particularly to assist the African American community.

Chauvin’s lawyers argued that the charges should be dismissed since Floyd’s alleged drug use was a crucial factor.

“Put simply, Mr. Floyd could not breathe because he had ingested a lethal dose of fentanyl,” the motion states (pdf).

The lawyers said the evidence showed that at the time of his death, Floyd had ingested a lethal dose of fentanyl—11 ng/ml—as well as methamphetamine. They added that the medical examiner told prosecutors that overdoses from fentanyl “have been certified” with levels as low as 3 ng/ml, citing a report by the Hennepin County Medical Examiner and a conversation between the examiner, Dr. Andrew Baker, and prosecutors.

In that conversation, the medical examiner told prosecutors that if Floyd was found dead alone with no other apparent causes, it would have been “acceptable” to say that he had died from an overdose.

The lawyers also argued that the medical examiner had found no bruising on Floyd’s back or neck, indicating that Chauvin hadn’t intended to inflict harm on Floyd.

“If Mr. Chauvin had intended to inflict harm to Mr. Floyd’s back and neck with his knee, surely there would be evidence of bruising. But clearly, Mr. Chauvin was cautious about the amount of pressure he used to restrain Mr. Floyd—cautious enough to prevent bruising,” the motion stated.

All four officers have pleaded not guilty to the charges.

The prosecutors argued that a harsher sentence was warranted because Floyd “was treated with particular cruelty.”

“Despite Mr. Floyd’s pleas that he could not breathe and was going to die, as well as the pleas of eyewitnesses for Defendant to get off Mr. Floyd and help him, Defendant and his codefendants continued to restrain Mr. Floyd,” they wrote (pdf). “Defendant kept his knee on Mr. Floyd’s neck to hold him prone on the ground for approximately nine minutes, during at least four minutes of which Mr. Floyd was motionless.”

“This maneuver inflicted gratuitous pain on Mr. Floyd,” they wrote.