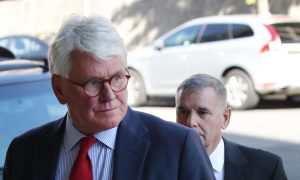 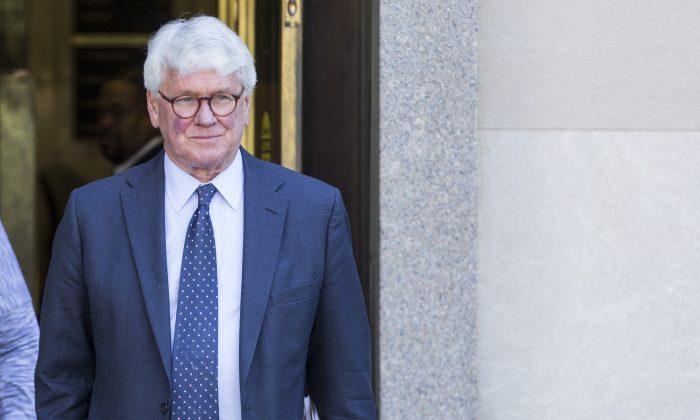 A former counsel in the White House during the presidency of Barack Obama was found not guilty on Sept. 4 of making false statements to officials about the work he did for the government of Ukraine in 2012.

Gregory Craig, 74, was indicted on April 11 by federal prosecutors, who said that Craig lied to both his law firm and government investigators about the extent and nature of his contacts with the media in connection to a report he prepared on Ukraine.

The jury in the case deliberated for about four hours on Sept. 4 before reaching the verdict, which prompted Craig to hug his lawyers.

Craig took the stand to defend himself in August, saying he wasn’t acting on behalf of Ukraine but he was trying to make sure the report wasn’t misconstrued by news outlets and others.

“Mr. Craig wanted to be sure that the New York Times got the story right,” argued William Murphy, a member of the defense team, during closing arguments on Sept. 3, reported the Wall Street Journal. He said Craig “did not tell the Ukraine what he was going to say. He was not acting at their instruction.”

The probe arose from former special counsel Robert Mueller’s investigation into Russian interference in the 2016 election. Mueller’s team sent the case to prosecutors in Washington.

Craig was the most notable Democrat to face charges stemming from the probe, which concluded earlier this year.

The prosecutors had alleged in the indictment that Craig knowingly perpetrated the scheme in order to avoid registering as a foreign agent, which would undermine the perception of independence of both the report and Craig and “impair the ability of Craig and others at the law firm to later return to government positions.”

They said he falsified and concealed “material facts” and made false statements to the Department of Justice National Security Division’s Foreign Agents Registration Act (FARA) Unit, which is responsible for enforcing foreign lobbying laws.

Craig’s former law firm, Skadden, Arps, Slate, Meagher & Flom LLP, paid more than $4.6 million and acknowledged that it failed to register as a foreign agent for Ukraine but tried laying much of the blame on Craig. But Craig’s attorneys insisted he was innocent and said the prosecution of their client was “a misguided abuse of prosecutorial discretion.”

Craig performed lobbying work for Viktor Yanukovych, the Russian-backed Ukranian president, in 2012 while a partner at the law firm. He and the firm were hired by Ukraine’s government to write a report to analyze the government’s prosecution of top dissident Yulia Tymoshenko and see if she was given a fair trial.

Critics claimed the report was a way for Yanukovych’s government to whitewash what was widely criticized as a politically motivated abuse of power. The indictment included emails between Craig and a lobbyist that authorities said showed he arranged for his and the law firm’s work to appear to be paid for by the Ukranian government, as opposed to a private citizen in the country.

“The purpose of the scheme was for Craig to avoid registration as an agent of Ukraine,” the indictment stated. “Registration would require disclosure of the fact that Private Ukrainian had paid Craig and the Law Firm more than $4 million … [and] undermine the Report and Craig’s perceived independence; and impair the ability of Craig and others at the Law Firm to later return to government positions.”

“A truthful and complete FARA registration by Craig would have made a public record of the Private Ukrainian’s role in funding the report and the amounts he paid to the law firm,” the indictment stated. It also said he withheld contacts with several reporters from the law firm.

Craig had faced up to five years in prison for each count as well as fines in the hundreds of thousands of dollars.