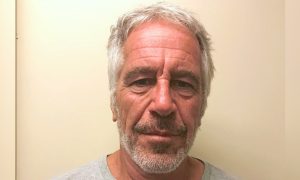 Former Head of NYC Prisons: If Epstein Was in Solitary Confinement, He Wasn’t on Suicide Watch

After Jeffrey Epstein—the rich financier accused of running a pedophile sex ring—was found dead in his jail cell, a former NYPD commissioner questioned previous reports that Epstein was on a suicide watch.

Epstein was reportedly put into a cell by himself in the Protective Custody wing of the federal detention facility after an apparent suicide attempt on July 24. In that wing, being alone in a cell means solitary confinement and “solitary confinement is not a suicide watch,” said Bernard Kerik in a phone interview with The Epoch Times.

Kerik knows the prison system well. He led the New York City Department of Correction between 1998-2000 and the city’s police department between 2000-2001. He also served eight months in federal prison for tax fraud and making false statements. Initially, he was put in solitary confinement and later advocated against what he described as improper use of it as a method of psychological torture.

Regarding Epstein, Kerik noted that in solitary confinement the inmate is not actually monitored perpetually.

That means that after each watch, the inmate has 15 minutes to “do whatever you want to do,” he said.

Epstein should have been placed in a setting with other people around, as well as continuous monitoring by a camera, Kerik said.

After Epstein’s death, several sources told NBC News he was not in fact on a suicide watch.

Epstein, 66, was found unconscious in his cell on Aug. 10 at around 6:30 a.m., the Manhattan prison, Metropolitan Correctional Center, said in a statement.

“Life saving measures were initiated immediately by responding staff,” the statement read. He was taken to a local hospital where he was pronounced dead.

“The FBI is investigating the incident,” the federal facility stated.

Epstein was previously found injured in his cell on July 24 in what his cellmate and unnamed sources described to media as a suicide attempt. The cellmate, Nicholas Tartaglione, a former police officer on death row for multiple murders, was reportedly questioned about the incident and his lawyer denied his involvement in Epstein’s neck injuries. Back then, Kerik said he warned Epstein may try to kill himself again after he was put in solitary confinement.

Epstein was arrested on July 6 and at the time was expected to be charged with sex trafficking minors and molesting dozens of underage girls. He was ordered to be held without bail.

Solitary confinement would have likely been an extreme shock to Epstein, who was known for a life of extravagance and debauchery.

He was accused of sex trafficking girls as young as 14 and using some of them to recruit more.

Epstein’s death came some 24 hours after a trove of documents from his case was released to the public.

Based on a 2016 deposition of one of Epstein’s alleged victims, Virginia Giuffre, former president Bill Clinton visited the Caribbean island owned by Jeffrey Epstein known by locals as “pedophile island.” Clinton acknowledged contacts with Esptein and using his private plane, but denied visiting the island.

Maxwell told investigators that Giuffre’s claim was a “flat out total fabrication and lie.”

Clinton said in July that he flew on Epstein’s plane for “a total of four trips” to Europe, Asia, and Africa in 2002 and 2003 and that he had no knowledge about Epstein’s alleged wrongdoing.

Update: The article has been updated with further information about Bernard Kerik and from The Epoch Times interview with him.