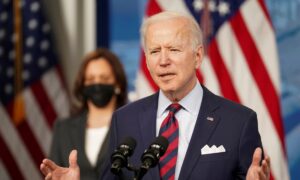 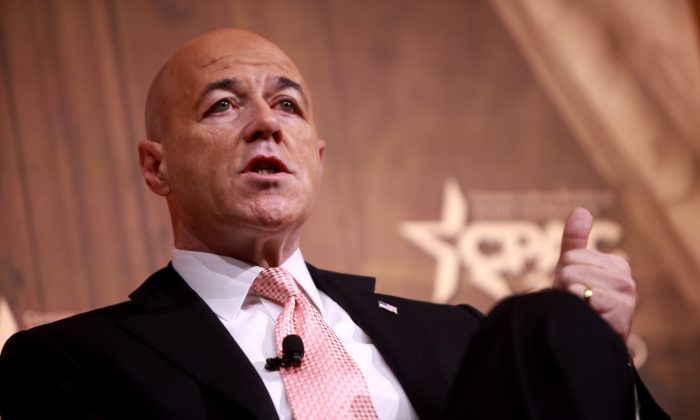 Former New York Police Commissioner Bernard Kerik said he walked off a CNN set on Oct. 24, just before he was supposed to talk about the incidents of pipe bombs addressed to several well-known figures of, or tied to, the Democratic party.

Kerik said he was appalled by the network’s coverage of the incidents and decided to leave before he was put on the air.

“We were supposed to talk about the investigation and seizure of these devices, and right in the beginning of the set, they suspended us and they went to John Brennan, who was somewhere speaking … and then he went on a 10-minute rant about the president,” Kerik told Breitbart radio later that night.

A total of 10 devices were discovered, fashioned in the appearance of pipe bombs, from Oct. 22-25 in the New York and Washington areas as well as Florida. Though the FBI stated they were “potentially destructive devices,” none of them exploded and multiple explosives experts said the devices appeared amateurish, if at all functional, upon inspecting images of at least one of the devices posted online.

Brennan, the CIA head during the Obama administration to whom one of the devices was addressed, was asked about the incident at a University of Texas event in Austin. He gave credit to President Donald Trump for a call to unity upon the bomb scare, but then attempted to link Trump to the incident.

The president’s “rhetoric too frequently fuels incidents that are now bleeding over into acts of violence,” he said.

That didn’t sit well with Kerik, who headed the NYPD during the 9/11 terror attacks.

“As somebody that led through the worst terror attack in our country’s history, and knows how important unity is, especially on a day like today, in the aftermath of this, I just found it appalling that CNN would use this time to let this guy go on this political rant about the president, and I walked off,” he said. “I took off the earpiece and the mic and I left. I can’t stand it. It just turns my stomach what these people are doing, and it’s wrong.”

Kerik seemed under the impression that CNN was more interested in creating a political narrative than in serving the public.

“They should be focused on the investigation, focused on getting the information the FBI has to the public in case somebody knows something. Get the visuals out to the public if they’ve seen something,” he said. “I just think it’s wrong.”

The package addressed to Brennan was sent to the CNN headquarters in Manhattan and forced an evacuation of the Time Warner building.

CNN published at least two images of the device, which made some online commenters question who it was that approached what appeared to be a bomb to take pictures of it from multiple angles. CNN didn’t respond to a request for comment.

The pictures, however, did allow the public to examine the device’s features.

Navy Explosive Ordnance Disposal veteran Tom Sauer noticed the device had wires attached to both ends, which is not how pipe bombs are normally constructed. He also noted the rather large timer taped to the device.

“A proper timer would best be stored inside the pipe, making it fully encapsulated,” he said on an Oct. 24 tweet. “That thing is just silly looking.”

The “timer” actually appears to be an LCD clock that goes for $4.58 on Amazon. The product doesn’t have an alarm function, according to questions on the website, rendering it an unlikely set-off mechanism for a bomb.

Each package appears to have contained a similar device placed in a Manila envelope with bubble wrap interior.

“The packages were affixed with computer-printed address labels and six Forever stamps. All packages had a return address of “DEBBIE WASSERMAN SHULTZ” [sic] in Florida,” the FBI said.

Trump has condemned the bomb scare and said “a major federal investigation” was underway to bring those responsible to justice with the “full weight of our government.”