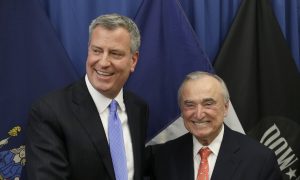 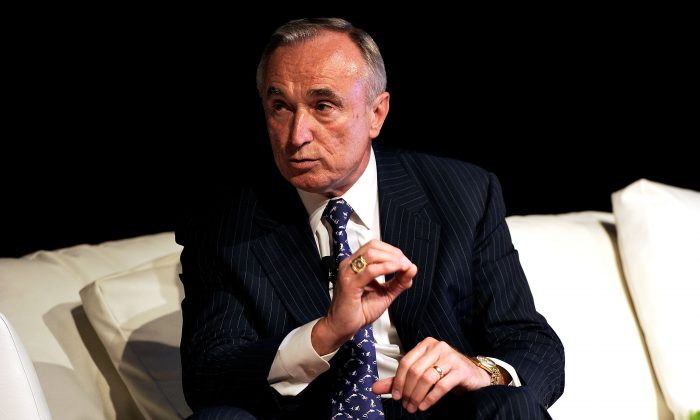 Three months later, still shining from a historic landslide victory, de Blasio will have to look for ways to deliver on that street safety promise.

Last year, 274 people died in traffic accidents in the city. To accomplish the lofty goal of reducing that number to zero, the mayor-elect has several options, say experts. The method differs depending who you speak with, but based on some suggestions, the solution appears to lie in cooperation between the Department of Transportation and the NYPD.

Bill Bratton, who has been mentioned as a possible choice for police commissioner, spoke about Vision Zero at panel hosted by Transportation Alternatives on Tuesday. Bratton, who was NYPD police chief for two years during the Giuliani administration, has not been selected for the job.

“I have not been asked yet. I am not applying for the job,” Bratton said. “If asked I will certainly consider it.”

He was careful in his presentation, giving broad suggestions instead of concrete policy directives.

Traffic cameras alone would not do the trick, Bratton said, but focusing the limited resources of the police department on hot spots identified by mapping would. Bratton is known for using mapping to inform policing decisions.

“There is so much technology that can help us map it, but it will still require some old-fashioned focus of how we utilize the police department and officers,” Bratton said. “What do they get, as far as prioritization, on their daily assignments?

That priority will be set by de Blasio, Bratton said.

Traffic safety advocates have suggested a number of initiatives to help reduce fatalities and injuries, including installing more traffic cameras and increasing the number of 20-mile-per-hour zones.

The city recently added 40 traffic cameras in school zones, but advocates said that is not enough. The city must go to Albany to get approval for additional cameras.

Nicole Gelinas, a senior fellow at the Manhattan Institute said that having cameras at every intersection will train drivers to obey the law at all times.

“Make it expected and predictable that a driver knows if he tries to go through that fresh red light or beat a yellow, there is no question he or she will get a ticket,” Gelinas said.

The money raised from tickets could be used to fund education, she said.

“If we can approve casinos in Albany and take money from problem gamblers for education, we can take money from drivers who are putting other people at risk and put that money toward education,” Gelinas said to applause from the crowd.