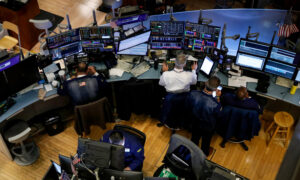 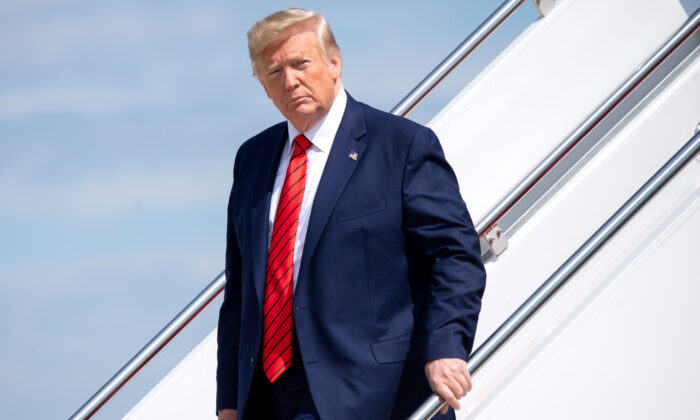 President Donald Trump disembarks after arriving on Air Force One at Joint Base Andrews in Md., on Sept. 26, 2019. (Saul Loeb/AFP/Getty Images)
Politics

A former National Security Agency chief of staff has suggested that that the whistleblower who accused President Donald Trump of improper conduct over a phone call with the Ukrainian president possibly had help from “congressional members or staff” in drafting the complaint.

Fred Fleitz, who is currently the President and CEO of the Center for Security Policy, said in an op-ed published in the New York Post on Thursday, Sept. 26 that he is “troubled” by the complaint and questioned how an intelligence officer could make such a complaint based on a conversation between the president and a foreign leader.

Fleitz said that based on his experience he felt that the document was “extremely polished” and “appears to be written by a law professor” due to its use of legal references and detailed footnotes. He also compared the complaint to a Twitter post written by House Intelligence Committee Chairman Adam Schiff (D-Calif.) on Aug. 28, saying that there were similarities.

“From my experience, such an extremely polished whistleblowing complaint is unheard of. This document looks as if this leaker had outside help, possibly from congressional members or staff,” he wrote.

Fleitz, who has 25 years working in a number of intelligence agencies like the CIA, said he was experienced because, during his time working in the National Security Council, he had edited and processed dozens of transcripts of presidential phone calls and knows “intelligence whistleblowers from my time with the CIA.”

The whistleblower complaint was released to the public on Thursday morning. According to the complaint, the so-called whistleblower, who has not been identified, filed it after receiving information the whistleblower thought showed that the president was “using the power of his office to solicit interference from a foreign country.”

The handling of the complaint sparked controversy in Washington after the Office of the Director of National Intelligence (DNI) failed to comply with demands from the House Intelligence committee to hand over the complaint to Congress.

The DOJ’s Office of Legal Counsel released an opinion (pdf) that found that Joseph Maguire, acting director of the DNI, did not have to send the complaint to Congress. Moreover, the inspector general also found “some indicia of an arguable political bias on the part of the Complainant in favor of a rival political candidate.”

Moreover, reports about the complaint, which is centered on a call between Trump and Ukraine President Volodymyr Zelensky, prompted House Speaker Nancy Pelosi (D-Calif.) to launch an impeachment inquiry against the president. The transcript of the call was released hours after she made the announcement. Pelosi was criticized for making the announcement prior to reviewing the documents.

In his op-ed, Fleitz also said he was concerned that the premise of how the complaint was made indicates that “intelligence officers and possibly other federal employees” are possibly violating rules on sensitive information. According to the complaint, the whistleblower said in his complaint that he heard the details of the Trump-Zelensky call through White House officials.

“I refuse to believe that the leaking, timing, and presentation of this complaint is coincidence,” Fleitz concluded.

Trump has repeatedly denied acting improperly in calls with any foreign leaders. After Pelosi’s announcement, he called the inquiry another “witch hunt” and that Democrats were driven by “hatred and fear.”

“There has been no President in the history of our Country who has been treated so badly as I have. The Democrats are frozen with hatred and fear. They get nothing done. This should never be allowed to happen to another President. Witch Hunt!” he said in a tweet on Wednesday.