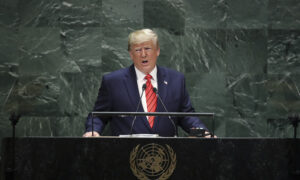 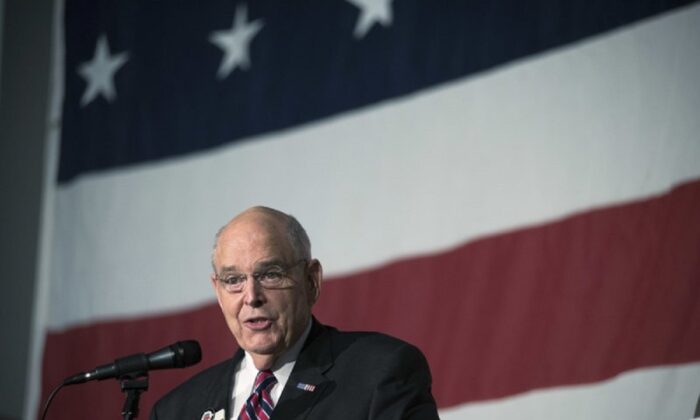 Hayes, who is 74, will face up to six months in prison. A spokeswoman for the U.S. Attorney’s Office told The Associated Press that Hayes will enter the guilty plea to the single charge on Oct. 2 in federal court.

Hayes initially pleaded not guilty to conspiracy and bribery. Three other men, including GOP donor Greg Lindberg, were indicted last year along with Hayes. Lindberg’s attorneys asked a federal judge earlier this month to dismiss the charges.

Lindberg and two associates were accused of trying to bribe Mike Causey, the state’s insurance commissioner, with $2 million in campaign contributions, in exchange for removing the official who was regulating one of Lindberg’s companies.

The men met with Causey at various locations throughout the state to discuss the scheme and took steps to anonymously funnel the contributions so the public wouldn’t know where the funds came from, court documents state.

According to a court document (pdf), Hayes said last year that he “falsely stated to federal agents … that he had never spoken” with Causey “about personnel or personnel problems at the … Department of Insurance or about Greg Lindberg or John Gray.”

According to federal authorities, Lindberg and his associates initially failed to get into contact with Causey so Lindberg reached out to Hayes to broker a meeting.

Hayes sent an email in Nov. 2017 to Palermo that said, in part, “If u agree, I’ll suggest u put the money in the party and we will put it in races at your direction.”

A week later, Hayes met with the three men and Hayes agreed to call several insurance commissioners from other states where Lindberg was trying to complete acquisitions and vouch for Lindberg.

After Lindberg offered the bribe to Causey, authorities said, Hayes spoke with the commissioner over the phone in May 2018. During the call, Causey asked Hayes if he had spoken to Lindberg’s associate about what they were doing.

“Yeah, we are more than happy to help, so when all that comes through we’ll be glad to figure out the best way to do it,” he said.

Later in the call, Causey stated that Lindberg and an associate pledged $500,000 to the party.

Hayes referred to the personnel change the three men wanted, saying: “Well, the thing that I heard that I think is important is, and I don’t know enough about it to really spoke intelligently, but there were some personnel issues, that they were hoping that you would, and I don’t even know the lady that was apparently really, really good, in financial analysis, that they would like to see put back into that Department to make sure that things got done that needed to get done.”

On or about July 25, after the men had met with Causey multiple times to discuss the bribe, one of them, John Gray, called Hayes while Lindberg and Causey were present, to discuss transferring $250,000 from the state GOP to Causey’s campaign.

Hayes said it was fine but said “it looks a little odd to have that much at one time” and recommended parceling out the contribution over a number of months. Gray said the money was to help Causey win reelection.

“Any large amount like that’s gonna draw attention,” Hayes said. “Nothing wrong with it but they’ll see it and somebody will start asking questions and particularly, given the fact that he doesn’t have to run again until what … 2020. So put a lot of money at one time in there right now then they gonna [say], ‘well, why … you don’t have a campaign.'”

The next day, the state party transferred $230,000 to Causey’s campaign account.