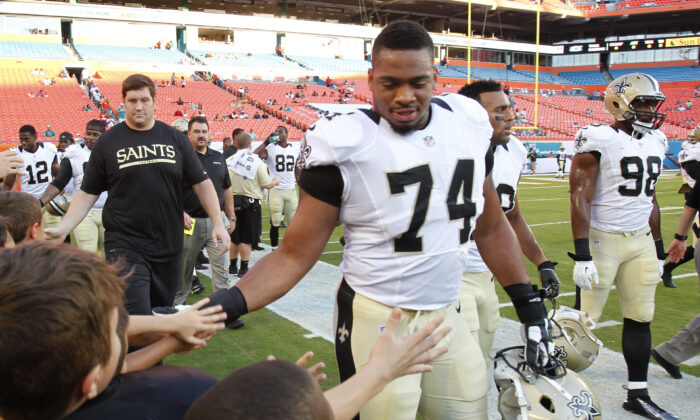 REFORM, Ala.—Alabama authorities are investigating after former NFL player Glenn Foster Jr. died in custody following a high-speed chase that resulted in his arrest and then a fight involving officers in the county jail where he was being held.

While being handcuffed, Foster fought against a Pickens County deputy and a correctional officer, injuring the deputy’s nose and hand, according to court records obtained by The Associated Press.

Foster had an initial court appearance before Pickens County District Judge Samuel Junkin, where he was “non-compliant and refused to respond to answer any questions” aside from demanding an attorney, the judge wrote.

Based on police observations and how Foster behaved, the judge said Foster was “not mentally stable and a danger to himself and others” and ordered him held without bond for a mental evaluation.

But what happened from that time until his death was a mystery. Few other details have been released.

Foster had been arrested Sunday afternoon in the small town of Reform, Alabama, on charges of reckless endangerment and resisting arrest by “attempt to elude,” WWL-TV reported, citing jail records. Those charges were replaced later that afternoon by three counts of simple assault and one count of third-degree robbery, the jail records show.

The Alabama Law Enforcement Agency said in a statement it was investigating at the request of the Pickens County Sheriff’s Office. No cause of death was released and Foster’s body was released to the Department of Forensic Science.

Originally from Chicago, Foster has been living in Baton Rouge, Louisiana. He played two seasons for the Saints at defensive end, appearing in 17 games in 2013 and 2014.

Court records do not include the name of any attorney who might have represented Foster.