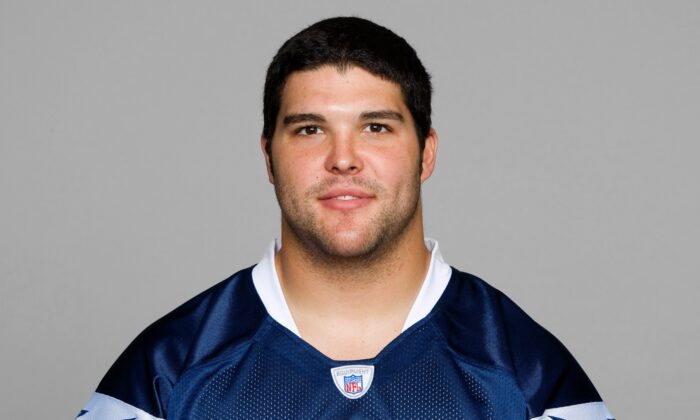 Shane Olivea, a former offensive tackle for the then-San Diego Chargers who was known for his standout collegiate career at Ohio State University (OSU), has died on March 2, the Los Angeles Chargers announced in a statement. He was 40.

As of Saturday, Olivea’s cause of death was not revealed.

The Chargers selected Olivea in the seventh round of the 2004 NFL Draft after his exceptional performance at OSU. He played four seasons in San Diego, starting in 57 of 60 games played.

“In 2006, Olivea was an integral piece of an offensive line that helped Hall of Fame running back LaDainian Tomlinson break the NFL’s single-season touchdown record,” team officials said on March 3.

The Chargers cut Olivea from the team in his fourth season after he was admitted to a rehabilitation center in California for an opioid addiction, where he spent 89 days. He later played for the United Football League and tried to get in shape for years to make an NFL comeback, but without success.

In 2006, prior to Olivea’s removal from the team, he was rewarded with a 6-year $20 million extension, which made him the sixth highest-paid right tackle in the NFL at the time.

After his football career, Olivea became vocal about overcoming his addiction to painkillers. During his rehab time at Betty Ford Center, doctors had told him the number of pills he took should have killed him.

“There wasn’t one day in the NFL I wasn’t high on a pill after my rookie year,” Olivea told The Columbus Dispatch in 2016.

“At my height on Vicodin, I would take 125 a day,” he added. “It got to the point I would take a pile of 15 Vicodin and would have to take them with chocolate milk. If I did it with water or Gatorade, I’d throw it up.”

In 2015, Olivea returned to OSU as a full-time student in the athletic department to finish his degree. He dropped out of school in 2003 to pursue his NFL career.

“I looked at it like three times,” Olivea said, per the Columbus Dispatch. “I never thought I’d ever see a college diploma with my name on it.”

Tributes poured in for Olivea’s death, including from ex-OSU great Bobby Carpenter and NFL’s Roman Oben, among others who have sent their condolences.

“Very sad to hear the news of my former teammate Shane Olivea,” Oben wrote on Twitter.