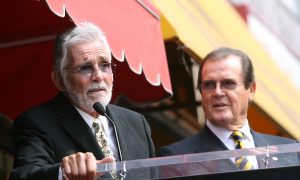 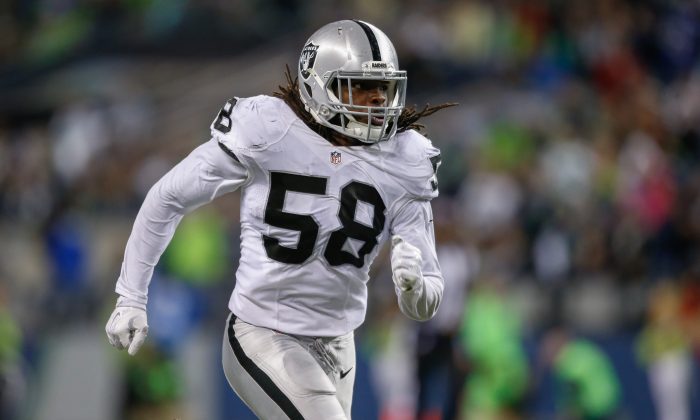 Linebacker Neiron Ball #58 of the Oakland Raiders in action against the Seattle Seahawks at CenturyLink Field in Seattle, Washington, on Sept. 3, 2015. (Otto Greule Jr/Getty Images)
NFL

Ball was diagnosed with brain AVM, or arteriovenous malformation.

According to the Mayo Clinic, the condition is a tangle of abnormal blood vessels connecting arteries and veins in the brain.

“The arteries are responsible for taking oxygen-rich blood from the heart to the brain. Veins carry the oxygen-depleted blood back to the lungs and heart. A brain AVM disrupts this vital process. An arteriovenous malformation can develop anywhere in your body but occurs most often in the brain or spine. Even so, brain AVMs are rare and affect less than 1 percent of the population,” the clinic stated.

According to the American Stroke Foundation, more than 50 percent of patients with an AVM have an intracranial hemorrhage.

Despite the diagnosis, Ball was a top player at the University of Florida from 2011 to 2014 and entered the NFL after getting picked by the Oakland Raiders in the 2015 Draft.

In his only full season, he recorded nine tackles, a sack, and a fumble recovery. He was injured the next season after suffering an injury.

Ball suffered a brain aneurysm in 2018 and was placed in a medically induced coma.

In a statement posted on Facebook on Sept. 10, Ball’s sister, Natalie Ball Myricks, said: “Neiron was a very special and loving father, brother, and teammate. Neiron has transitioned to a place of peace.”

She said that Ball passed away at 4:15 a.m. and thanked people for their prayers, donations, and support.

On behalf of Ball’s family, a group launched a GoFundMe on July 23 asking people for funds to help with Ball’s medical bills.

“On Sept. 16, 2018, Neiron was admitted to Emory University Hospital in Atlanta, GA, with a ruptured blood vessel and diagnosed with an aneurysm,” the Sports and Entertainment Group wrote.

“Neiron is currently fighting for his life. Unfortunately, his health insurance does not cover the appropriate care necessary to give him the best chance of recovery. With the appropriate neurological and rehabilitative care, Neiron will be given the fighting chance he deserves. Neiron is currently being cared for by his sister, Natalie Myricks, and his great aunt. On behalf of Neiron Ball and his family, we thank you for your help and generosity,” they added.

A number of people posted tributes on social media.

Rip to my teammate and brother Neiron Ball. 💔

Former Raiders LB Neiron Ball always had a smile on his face. RIP

“Neiron Ball. Always smiling. Always happy. Always positive. Absolutely one of the best teammates and humans I was fortunate enough to be around. Thank you for being my friend and brother in that orange and blue. RIP brother!!!” added former Gator Xavier Nixon.

“Neiron Ball has passed away. A bright, funny, and caring person, his life ended too soon but those who knew him will never forget him. #RIPNeiron,” wrote Nick de la Torre, writer for Gator Country.