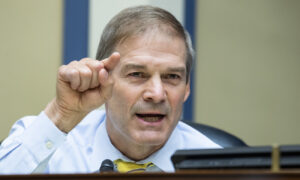 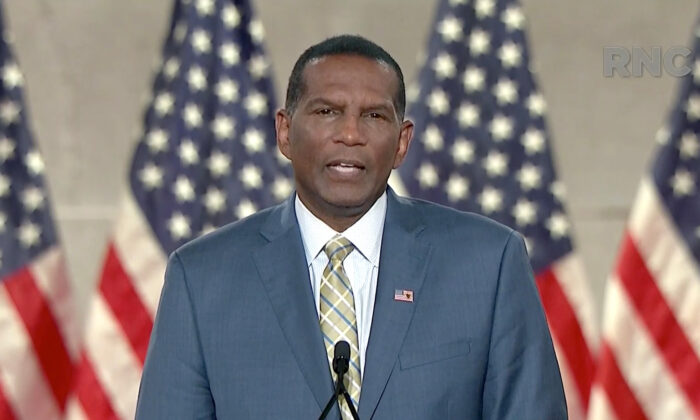 Former NFL player and Rep.-elect Burgess Owens (R-Utah) addresses the virtual RNC convention on August 26, 2020. (Courtesy of the Committee on Arrangements for the 2020 Republican National Committee via Getty Images)
Politics

Former NFL player and congressman-elect Burgess Owens, who clinched a win in Utah’s 4th Congressional district, expressed his backing for a newly-formed conservative group of Reps.-elect dubbed the “Freedom Force,” formed as a counterweight to the far-left Democrat pack known as the “Squad.”

Owens told Fox News on Friday that he believes the conservative grouping will be “giving a contrast to the hard left” while fighting for traditional, American values.

The “Freedom Force” includes Reps.-elect Carlos Gimenez, Maria Elvira Salazar, and Byron Donalds of Florida, Michelle Steel of California, Nicole Malliotakis of New York, Stephanie Bice of Oklahoma, and Victoria Spartz of Indiana. Owens called them “a group of people who believe in God, country, and family; a respect for women and authority,” and contrasted them with “the other side that hates everything I mentioned.”

“The American people drift towards light,” he added. “They are going to love the messaging and policies we put in place. We are all about the middle-class thriv[ing].”

Malliotakis, whose mother’s family fled communist Cuba, recently elaborated on the motivation behind the “Freedom Force,” in remarks to the New York Post.

“We need to form our own ‘squad.’ We have a group of new Republicans who love America. We value freedom, liberty, and opportunity,” she said. Malliotakis will be the only Republican in the New York City congressional delegation in the coming January.

Spartz, who grew up in the Ukrainian Soviet Socialist Republic and lived there for over 20 years, said she’s disheartened by leftist trends in the United States.

“I saw what happens when it runs out of money and it is not pretty [in Soviet Ukraine],” she said in a recent interview with “Fox & Friends.” “And now we’re building socialism. I’m kind of going full circles. I can tell you what is going to be next. It’s very sad for me to see that.”

In the 2020 election so far, Democrats have won at least 222 House seats, according to The Associated Press. They are poised for two more years of controlling the chamber, but with a slim majority.

Republicans, meanwhile, have so far flipped at least eight House seats and now have 205 in the 435-member chamber, as a surge of Republican voters transformed expected Democrat gains of perhaps 15 seats into losses potentially approaching that amount.

Owens commented on the GOP’s strong showing in the election, telling Fox News that, “it was a message for the American people [that] we want to get back to basics and we love our nation.”

Democrats went into Election Day with a 232–197 House advantage, plus an independent and five open seats. With some races remaining undecided, it’s possible that in the new Congress that convenes in January, they will have the smallest majority since Republicans held just 221 seats two decades ago.

Allen Zhong and Masooma Haq contributed to this report.