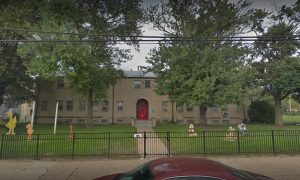 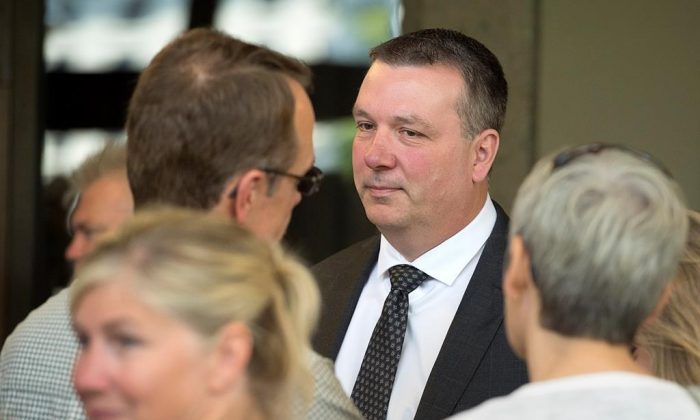 HALIFAX—A judge sentenced a former high-ranking RCMP officer to 10 years in prison for stealing and selling $300,000 worth of cocaine Thursday, saying the egregious breach of trust compromised the national police force and resulted in a “remarkable fall from grace.”

“Rather than acting according to the core values of the RCMP, he behaved dishonestly when he manipulated the system to covertly steal approximately 10 kilograms of cocaine.”

Burnett, former commander of an RCMP National Port Enforcement Team, stole the highly addictive drug from RCMP headquarters in Halifax in 2011, and replaced it with another substance.

The cocaine was part of a 200-kilogram shipment police had seized from a ship that had arrived at the city’s historic port.

“I am of the view that Mr. Burnett’s moral responsibility is heightened as he decided to ignore the criminality of what he did,” the Nova Scotia Supreme Court judge told a packed but silent courtroom. “He made a conscious choice to steal the cocaine for financial gain.”

As well, Chipman noted that when Burnett discovered he was under investigation in 2016, he used his police training to subvert the investigation.

However, the judge said the former cop should serve his sentence in a minimum security prison because his safety would be put at risk in a medium- or high-security institution.

Burnett, a 20-year veteran of the force, was arrested soon after he retired in 2016.

During a 21-day trial earlier this year, court heard the divorced father of two gave the cocaine to a lifelong friend and reputable Nova Scotia businessman, Scott Rowlings, in 2011.

Rowlings then gave the drug to a third man, Mike Kanasevich, who sold it within three months to his “underground” connections for roughly $300,000. The three men split the proceeds three ways in 2012, with Burnett collecting about $100,000 in cash.

In 2014, Kanasevich—a known drug dealer who had a falling out with the other men—approached the RCMP, telling them he had information regarding “a dirty cop.”

Over the next two years, the Mounties rolled out “Operation Handshake,” an undercover mission that eventually included both Kanasevich and Rowlings as informants.

During his trial, Burnett maintained his innocence, telling the court it would have been impossible for him to steal the cocaine from the RCMP’s evidence lockers.

In April, Burnett was convicted of theft over $5,000, trafficking cocaine, laundering the proceeds of crime, obstructing police, fabricating evidence, and breach of trust.

The Crown asked for a 10- to 12-year sentence. The defence asked for a range between four and seven years.

As Burnett was led from the courtroom by sheriff’s deputies, he embraced several members of his family, including his two young adult children.

Outside the courtroom, Crown attorney Joseph Selvaratnam said the RCMP’s reputation had been tarnished by Burnett’s crime.

“It’s was a huge blow for the RCMP when it happened,” he said. “But one must take solace from the fact that this was a matter that was taken seriously and investigated thoroughly.”

Selvaratnam said Burnett was in rough financial shape after his difficult and costly divorce in 2009, which may have motivated his criminal behaviour.

“It influenced, in our view, his decision and the reason he undertook this,” the Crown attorney said. “But let’s be frank … The whole offence of trafficking of cocaine, when somebody is not an addict or under the influence, it’s driven by greed.”

During sentencing, Chipman said he would not impose a fine on Burnett because he was still deeply in debt, had no ability to pay and is facing grim job prospects when he is released from custody.

A sentence will be handed down today for former RCMP Sgt. Craig Burnett. He was found guilty of stealing cocaine. The courtroom is packed for the appearance. pic.twitter.com/NXX2MaWS4X