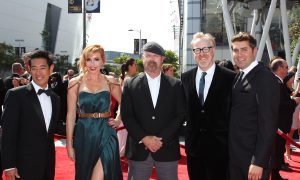 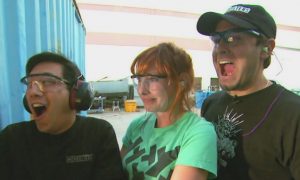 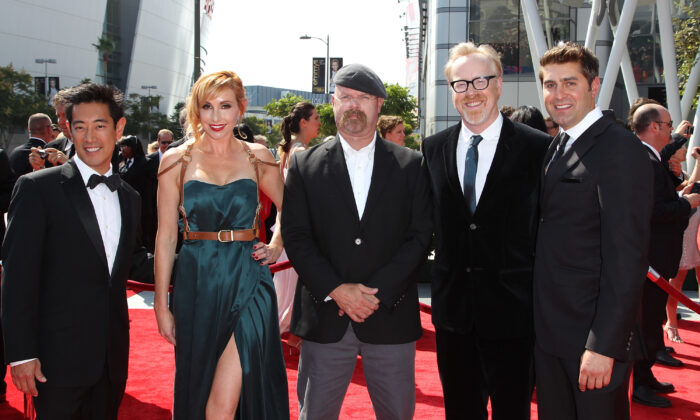 A former host of popular science show “Mythbusters,” Grant Imahara, has died suddenly at the age of 49.

According to The Hollywood Report, Imahara died on July 13. A Discovery Channel representative confirmed news of the death in a statement provided to the outlet, but didn’t elaborate on the cause of death.

“We are heartbroken to hear this sad news about Grant,” the statement reads. “He was an important part of our Discovery family and a really wonderful man. Our thoughts and prayers go out to his family.”

Imahara, an American electrical engineer and roboticist, co-hosted more than 200 episodes of “Mythbusters” from 2005 through 2014, joining in its third season. He replaced welder Scottie Chapman.

He also starred in the Netflix series “White Rabbit Project” alongside co-hosts Tory Belleci and Kari Byron. The team investigated topics like jailbreaks, superpower technology, heists, and World War II weapons through scientific experiments and builds. The show ran for one season in 2016 and was not renewed.

“I haven’t found the words. I don’t know if I’ll be able to. I lost a part of my heart and soul today,” Newman wrote in a post alongside four photos.

“He was so generous and kind, so endlessly sweet and so loved by his incredible friends. I feel so lucky to have known him, to have loved & been loved by him,” she added. “I love you, honey.”

Byron shared a photo on Twitter of Imahara and Belleci with the caption: “Sometimes I wish I had a time machine.”

I’m at a loss. No words. I’ve been part of two big families with Grant Imahara over the last 22 years. Grant was a truly brilliant engineer, artist and performer, but also just such a generous, easygoing, and gentle PERSON. Working with Grant was so much fun. I’ll miss my friend.

Former “Mythbusters” host and special effects designer Adam Savage, meanwhile, honored Imahara by saying he was at “a loss.”

“No words. I’ve been part of two big families with Grant Imahara over the last 22 years,” Savage wrote on Twitter. “Grant was a truly brilliant engineer, artist and performer, but also just such a generous, easygoing, and gentle PERSON.

“Working with Grant was so much fun,” he added. “I’ll miss my friend.”

“Not an ounce of malice within that soul. Intelligence and heart that eclipse so much shadow. His years of friendship are precious to so many,” Mercer wrote.

“He would drop anything and everything to help a friend, including our engagement. He put charity and community work as a priority in so many projects. He was an inspiration in so many ways, and I’m going to miss that joyful laugh so much. The silliness and adventure,” Mercer continued.

“He was passionate about making tomorrow a little better, in ways big and small. In being a mentor and entertainer, to make others smile with his gifts. His generosity was unrivaled. There are too many stories. Too many wonderful memories. We miss you, bud.”

Before making his way onto TV, Imahara worked for Lucasfilm’s THX division and later joined Industrial Light and Magic. He worked there for nine years and contributed to movies like the three “Star Wars” prequels, “Jurassic Park,” “The Matrix Reloaded,” “The Matrix Revolutions,” “Galaxy Quest,” and “Terminator 3: Rise of the Machines.”