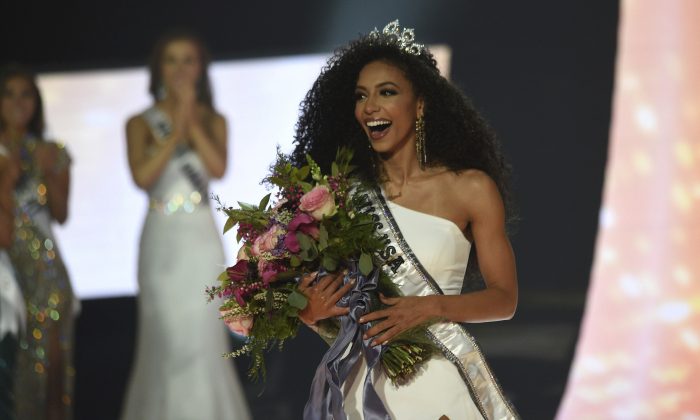 The NYPD will look into the circumstances surrounding the death of Kryst, 30, who won the pageant in 2019, Detective Martin Brown told media outlets on Jan. 31.

Officials said Kryst, who also was an attorney, jumped to her death from a Manhattan building; Brown said it’s standard procedure to investigate any apparent suicides.

Authorities also told Fox News that she jumped to her death from the 29th floor of The Orion condominium building on the morning of Jan. 30. Police were called to the building at about 7:05 a.m.

A medical examiner’s report hasn’t been released on her cause of death.

“In devastation and great sorrow, we share the passing of our beloved Cheslie,” Kryst’s family said in a statement. “Her great light was one that inspired others around the world with her beauty and strength. She cared, she loved, she laughed and she shined.”

Before her death, Kryst posted an Instagram photo of herself with a caption: “May this day bring you rest and peace.”

According to the New York Post, citing unnamed sources, Kryst left behind a note saying that she would leave her wealth and property to her mother, also a former pageant winner who was crowned Mrs. North Carolina in 2002.

Kryst also worked as a correspondent for the TV show “Extra.”

“Our hearts are broken,” a statement from the show reads. “Cheslie was not just a vital part of our show. She was a beloved part of our Extra family and touched the entire staff. Our deepest condolences to all her family and friends.”

“While she was well known to many because of her reign as Miss USA in 2019, to our Fort Mill staff she will be remembered as a sweet, well-liked girl named CeCi,” officials at a school she attended, the Fort Mill School District in South Carolina, wrote in a Facebook post on Jan. 31. “Our thoughts and prayers go out to her family as they deal with this tragic loss.”

The University of South Carolina, where she obtained a college degree, called her “a woman of many talents,” noting that she competed in track and field for the university.

“Our prayers are with her family. … Check in with your loved ones,” Cooper said. “If you feel overwhelmed, seek out help.”

If you are in crisis or know someone else who is in crisis, call the National Suicide Prevention Lifeline at 1-800-273-TALK (8255) or contact the Crisis Text Line by texting HOME to 741741.