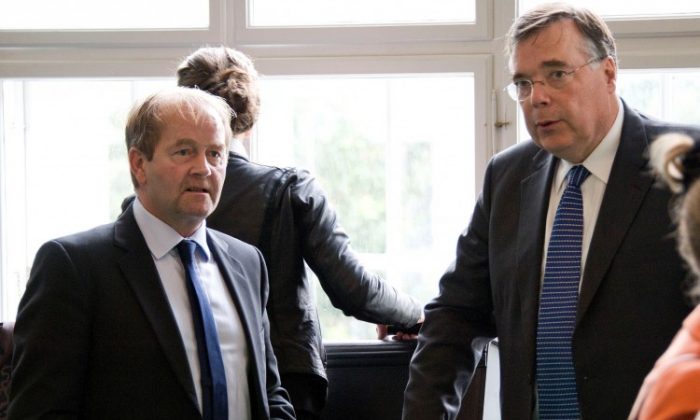 Iceland’s former Prime Minister Geir Haarde was declared only partially guilty of negligence while in office over the events leading up to the Iceland’s banking collapse of 2008.

Haarde is the first former head of state to have faced criminal charges relating to the current global economic downturn and financial crisis.

Iceland’s High Court in Reykjavik on Monday cleared Haarde of the three major charges, but found him guilty on one minor count—the failure to inform his minister of the worsening economic situation in the latter half of 2008.

Haarde will not face any penalties and the state will pay for all of his legal expenses.

The charges he was cleared of include failing to keep the expansion of the country’s banking system in check, failing to ensure that an advisory group on financial stability led to results, and failing to move Landsbanki accounts offshore to the U.K. to save Landsbanki’s U.K. subsidiary Icesave from also collapsing. The ultimate collapse of Icesave, cost British account holders, including universities and hospitals, about $1.6 billion.

Andri Arnason, Haarde’s defense attorney, in his closing statement in March argued that the court had not shown that the pending threat was a danger to the well-being of Iceland, nor that it had been possible to foresee it.

Haarde, who was prime minister from 2006 to 2009, was visibly relieved, while calling the whole trial “very laughable” and “silly,” in front of the press, as BBC reported. The former PM had always argued that he did what he thought was best for the country and called the charges politically motivated.

After years of rapid economic growth, in October 2008, Iceland’s three major banks collapsed in a matter of weeks over excessive debts, constituting “the biggest banking failure in history, relative to the size of an economy,” according to the Economist.