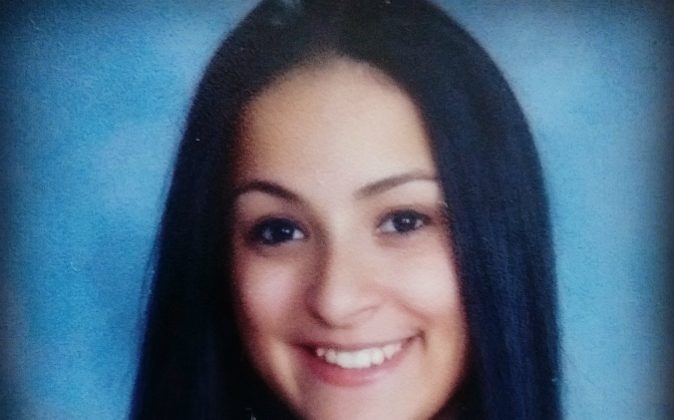 “Did we do something to deserve this?” 22-year-old Bianca Jeannot asked herself, thinking back to when she saw the world crumbling right before her eyes.

Jeannot, who was born in Manhattan and raised in the South Bronx, said that everything started to change for her family when she was 4 or 5 years old: her mother could no longer afford to pay rent. Her family had to move from “friends to family homes, finally shelters.”

She was homeless for seven years, she said.

But the worst was yet to come. On Feb. 24, 2012, Jeannot’s mother, Myrna Jeannot, passed away due to a cardiac arrest and chronic obstructive pulmonary disease (COPD), “which means her lungs stopped functioning on their own,” she told Epoch Times. Jeannot was then 18.

“I was very stressed. It was the middle of high school graduation and college applications. It felt like a hurricane, a load of things I had no control over,” she said.

Due to her circumstances, she and her older brothers—Paul and Michael—did not have the time to properly grieve their mother’s death, “It was one thing after another,” she said.

Furthermore, the death of Jeannot’s mother forced Jeannot to become the head of the household, taking care of her disabled brothers: Paul, 34, has stage 4 renal failure and Michael, 26, has Down syndrome.

She tried reaching out to other family members in hopes they would be able to lend a hand, but since she had been out of contact with them for many years, she “got little to no response,” she said.

When asked about her father, she said he was not present in her life, and she legally became an orphan after the passing of her mother.

Jeannot was alone. It was just her and her older brothers.

Often times she felt like a mother, even though she wouldn’t trade her brothers for the world.

“I felt like a parent. It was an interesting flip being that I am the youngest, but I was also the healthiest. They weren’t a burden at all,” she said.

But despite what was occurring in her life at home, she still wanted to attend college—even if she had already lost all of her financial aid for the year. Her records were considered invalid because her status had changed; she was now considered an orphan.

Despite her financial status, Jeannot decided to attend the open house at The College of New Rochelle (CNR) anyway. When she arrived, an admission counselor pulled her to the side to further investigate her financial package. Jeannot explained her situation, and after a few phone calls the school realigned her financial aid package. They wanted to work with her, she said.

When Jeannot was finally enrolled in CNR,  she worked multiple jobs to make ends meet.

“I worked for marketing, I worked for the admissions house on campus, I worked for payroll, the IT department and the provost office for the academic affairs,” said Jeannot, adding, “I worked around campus wherever someone needed work.”

She also commuted back and forth from her home to school.

“I couldn’t let too much stress get to me. It was something I had to do when there weren’t any other choices,” she said.

Because of Jeannot’s perspective on things, she didn’t let obstacles interfere with her education. She went on to start a popular anime club on campus, as well as writing for the school newspaper. She was also editor in chief of a literary and arts magazine.

Jeannot graduated CNR with a 3.8 GPA, with a B.A. in English and also got a certificate in Forensic Science. She has written one novel, “One of Us,” and plans to write a total of 40 novels, with her partner Amanda Hernandez by her side, working on the graphics.

Jeannot is also the first in her family to finish college. That thought itself makes her feel fantastic, she said.

“I wish I could tell my mom, physically, how I feel,” she told Epoch Times.

The new grad said going to graduate school is not something she plans on doing anytime soon. She wants to “fix things at home” and “to take a breath to look at what is in front of me,” she said.

Currently, she is looking for a job in animal welfare, indicating that she wants to work with the American Society for the Prevention of Cruelty to Animals (ASPCA), Animal Care Centers (ACC), or NYPD animal Cruelty Investigation Unit.

Although life has indeed been hard for Jeannot, she never once let life’s tragedies consume her. She kept fighting and kept pushing herself.

“Pain and sufferance it’s lasting and lingers, but it doesn’t have to be forever. You control whether it takes a hold of you or not.”

After all, we all have a story to tell, she said.