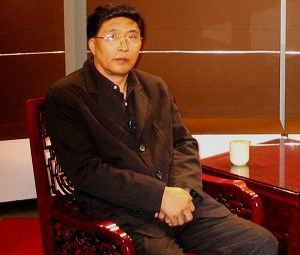 Mr. Han Guangsheng, the former head of the Shenyang City Judicial Bureau, said during a recent interview that the Chinese Communist Party’s legal system is deeply flawed. As a result, the connection between the government and organized crime is inevitable.

The Two-Faced Nature of the CCP’s Legal System

In an interview to discuss the Chinese government’s engagement with gangs to suppress any civic rights movement, Mr. Han said, “The CCP’s political and legal system is like a double-edged sword. Under normal circumstances, it is used to attack criminals. However, when the CCP’s interest clashes with that of the people, the sword is pointed at the common citizens.”

Mr. Han said the current political and legal system includes the police, the Department of Justice, courts, the procuratorate, and the Bureau of Security, all of which are under the control of the “political and legal commissions” at each level of government.

“The movement to restore civic rights is inevitable given the CCP’s control. The CCP’s violent suppression is also determined by the party’s nature,” Han said.

Han added that most gang-related organizations now operate under the guise of conducting commerce. In China, business people all need powerful government officials to “provide shelter,” and the police department is high on the list. Han said, “In Canada, we often see a building with a ‘for lease’ sign on it. The CCP’s power is also for lease. If you have money, the government may lease its power to you. Sometimes it’s for one time only, and sometimes it’s long-term.”

Han said that initially, the local Bureau of Justice paid for all the space and operation of private attorney’s offices in China. Later, the partnerships between lawyers became self-sufficient. But all lawyers are under the local lawyer’ association. The head of the association is usually also the local bureau chief of the Bureau of Justice, or the deputy chief in charge of lawyers’ work, both of whom also have a license to practice law.

For the lawyers who don’t obey government orders, besides suspending their licenses, the local procuratorate can often find seemingly legitimate reasons to detain them, including such crimes as “leaking national secrets” or sheltering a criminal.

At about 9:30 a.m. on October 15, over a dozen people from all over China who had come to Beijing to appeal their cases tried to dash towards the flagpole on Tiananmen Square to make a statement. (The flagpole on Tiananmen Square is off limits for ordinary people and is guarded by armed paramilitary police.) One person successful reached the flagpole and held on while several hundred people looked on. The paramilitary police did not want to beat people in front of so many witnesses; yet neither could they take away the protester.

On October 8, the government brutally suppressed a movement by workers from Chongqing Special Steel Factory to protect workers’ rights. The movement had gone on for more than two months. Two women and a child were beaten to death. The number of injuries was unknown. Nine workers’ representatives were arrested. Sources inside China say that the crackdown was directed by Beijing.

Han believes that lack of faith and integrity of CCP officials will bring the collapse of the CCP’s power. The unceasing grassroots movements to protect the people’s civic rights have shaken the foundation of the CCP. Now nearly five million people have renounced membership in the CCP or the Communist Youth League. As Han sees it, the days are numbered for the corrupt CCP regime.