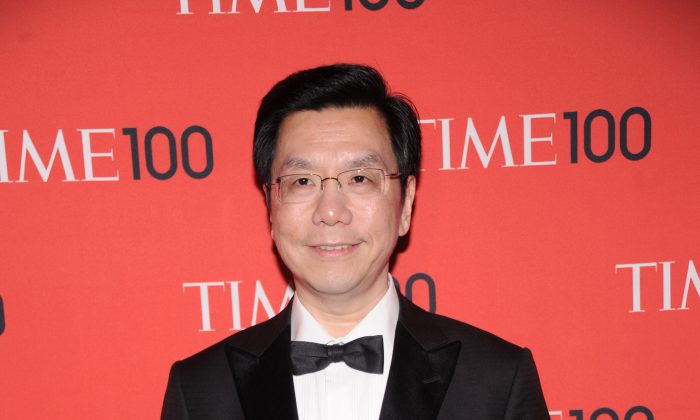 Propaganda authorities in China appear to have found their latest target for ideological struggle in a campaign that they have been waging for months to gain control over public opinion on the Internet.

His name is Lee Kai-fu: He used to work for Microsoft in China, and then headed up Google there, before founding his own firm that invests in technology startups. Lee is one of the most well-known personalities on the Chinese web.

Communist authorities have become wary of people like Lee — charismatic Internet investors and celebrities who use social media to broadcast their views — and are moving to confiscate their microphones one by one.

Lee was the target of a nasty, and lengthy, personal attack in a Communist Party-affiliated website, accused of faking a cancer, disturbing China’s youth people, “being a failure,” and even fabricating history.

Lee, who was born in Taiwan and educated in the United States, since 2009 has built a robust and lively presence on China’s burgeoning social media networks, most prominently Sina Weibo, a Chinese Twitter-analogue, where he has 51 million followers.

Until September of this year — when he stated that he had lymphoma and was headed to Taiwan for treatment — he would post on Weibo with regularity, highlighting social issues in China and needling communist authorities about their restrictions on freedom of speech.

Lee repeatedly advocated a vision for a freer and more just Chinese society, a vision that the Chinese authorities did not seem to find particularly compelling; they kicked him off Weibo for three days in February as a warning shot.

With the recent mauling by a communist theoretician on the website “Party Construction,” which is supervised by the Central Propaganda Department, Lee became the latest public figure to be the subject of a public criticism campaign being orchestrated by the Party to subdue independent social voices.

This campaign has never been officially announced, but has taken a number of high-profile scalps who commanded public opinion through the Internet, and primarily through Sina Weibo.

Called “Big Vs,” meaning verified accounts, these people typically have millions of followers and can quickly steer the currents of public opinion in directions that communist authorities are unable to control.

Charles Xue, a millionaire venture capitalist and outspoken Big V, was in September brought onto China Central Television, the mouthpiece of the Chinese Communist Party, and made to confess to visiting prostitutes. He is awaiting a formal punishment.

The attack on particular individuals has been advanced in lock-step with a broader ideological crackdown in schools and universities aimed at stamping out discussion of civil society, democracy, and the millions of people killed under decades of communism in China.

The recent nearly 10,000-character attack on Lee by Zhou Xiaoping, who says he is a macro-economist, but who mainly writes on political issues according to the Party line, seems to be of a piece with Xue’s treatment in seeking to extract maximum reputational damage.

The author said: “You wrote on Weibo that you had cancer, but since your close friend Charles Xue tried to fool the masses into sympathizing with him after he visited prostitutes, we must therefore be suspicious of this claim of cancer.”

Elsewhere, Lee was accused of faking his family history, running a questionable business, inculcating young people with “hatred of the ancestral land,” and having “far from normal” ties with the United States (specifically, of being an American citizen.)

Zhou Xiaoping’s attack on Lee was later posted onto the official Party mouthpiece website Xinhua, as well as a range of major news portals from which many Chinese get their news.

On the popular website Hexun, usually devoted to financial and business news, an unusual survey was posted. It asked users two questions, the results of which appeared to have been fixed ahead of time to echo the propaganda.

The next question asked whether Lee could be a “leader of China’s youth.” Again, 100 percent of the vote went to: “He can’t. Lee Kai-fu can’t take on such great responsibility.”