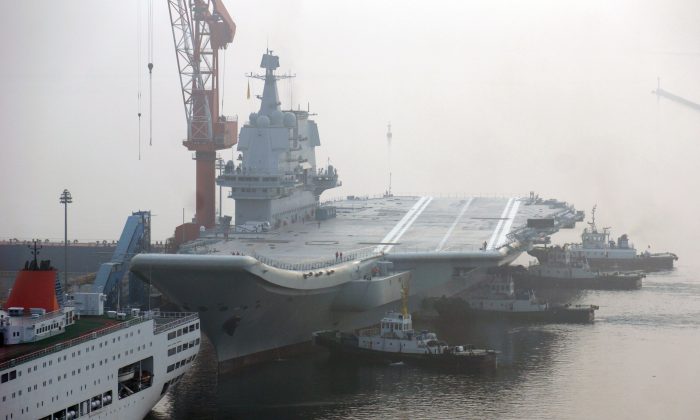 After over a year of investigation, the former boss of China’s leading shipbuilder was handed a 12-year sentence on July 4 for graft crimes and abuse of power.

Sun, 58, was accused of harming the interests of CSIC and bringing “extremely heavy losses” to national interests, Xinhua reported, citing a statement from the Shanghai No.1 Intermediate People’s Court.

The court statement claimed that Sun took advantage of his position to offer business opportunities to companies in exchange for bribes, from which he profited about 8.64 million yuan ($1,257,367).

Sun was detained and placed under investigation last June before being expelled from the Communist Party. Around that time, China was also testing its first home-made aircraft carrier, the Type 001A, which the CSIC built at its base in Dalian, in 2018.

Sun built his career through his near-decade tenure at the Dalian Shipbuilding Industry—the largest shipmaker in China and subsidiary of the CSIC—and rose to the top of the company’s Party organization at the CSIC in 2009. He became the chairman of CSIC and general manager in 2015.

This is not the first time CSIC employees was suspected of corruption. Liu Changhong, who oversaw the discipline inspection at CSIC, was also expelled from the Party in September 2017 on suspicion of taking bribes.

In 2015, the Central Commission for Discipline, China’s top graft watchdog, launched a special investigation into the company and found its research institute to have prominent “violations of party discipline.” The inspectors also criticized the department’s poor accounting practices and financial management.

Companies in China, foreign firms included, are required by law to establish a party organization to make sure that they comply with the ideology of the Communist Party. Around 70 percent of China’s 1.86 million private firms have set up Party organizations, according to Chinese media estimates in 2017.

Since ascending to power as the Chinese leader in 2012, Xi Jinping has launched a sweeping anti-corruption campaign that has taken down tens of thousands of officials, according to a Xinhua report in December 2018.