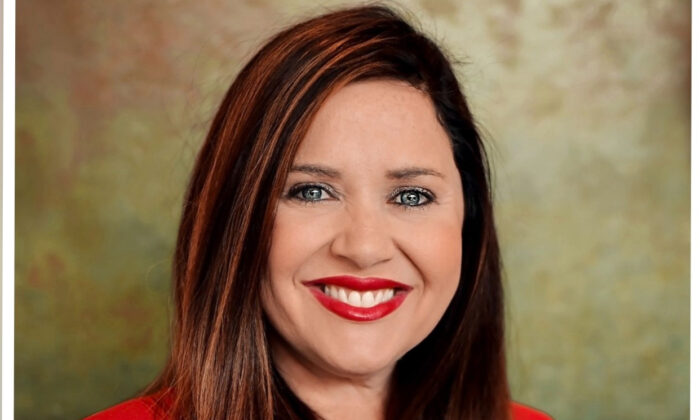 Former Georgia gubernatorial candidate Kandiss Taylor recalls a horrifying night when her home in Baxley was surrounded by law enforcement responding to a call claiming that she had shot her husband five times and was preparing to shoot herself.

It was late on Monday night, June 11, Taylor told The Epoch Times, when her son was awakened by red and blue lights flashing outside his window and saw a swarm of police “with rifles pointed at my house.”

Instead of the reported murder-suicide that brought them to the location, law enforcement found that the Taylor family were victims of a prank called swatting, which involves someone maliciously calling in an emergency 911 to another person’s home.

The swatter masks the call, sometimes making it appear as if it’s coming from the victim’s house while pretending to be the victim.

Most recently, former Trump adviser Steve Bannon was swatted on July 8, after police received a false report claiming that there was a shooting at his residence.

The term swatting was coined in 2008 by the FBI to describe an incident when someone calls a crisis hotline as a prank to have SWAT, or police, respond.

Swatting has become deadly. In 2017, police shot and killed 28-year-old Andrew Finch in Kansas when he answered the door after officers surrounded his house responding to a call that Finch had shot and killed his father while holding his family hostage.

It is also costly. The FBI reported that the prank can cost thousands of dollars every time SWAT is activated.

The incident at her house left Taylor with the conclusion that “whoever did this was trying to get me killed.”

The Georgia Bureau of Investigations (GBI) told The Epoch Times that its Georgia Cyber Crime Center is actively investigating the case.

After the scene in Baxley was cleared by law enforcement, Taylor released a video statement.

“Trauma doesn’t even begin to explain what just happened at my house,” she said.

Taylor, who received 3.4 percent of the vote in the state’s Republican primary in May, said she had filed three lawsuits challenging the primary and the electoral process hours earlier.

A clue to the swatting at Taylor’s house may lie with the Georgia Guidestones, a set of six tall granite slabs erected in rural Elbert County in 1980.

Of mysterious origins, the monument was never approved by the local government, and last year Taylor campaigned on having it demolished.

The message inscribed on the slabs articulates the doctrine of what some have interpreted as population control because of its call to “maintain humanity under 500,000,000 in perpetual balance with nature” and to “guide reproduction wisely—improving fitness with diversity.”

“They told us what they wanted to do,” said Taylor in her campaign video. “Some might even say, they had to get our permission to at least tell us ahead of time, even if we didn’t believe them.”

Taylor named the New World Order (NWO) as the group behind the Georgia Guidestones.

New World Order is a phrase that has been uttered by politicians from former President George Bush to President Joe Biden.

Taylor suggests that abortion and the COVID-19 vaccines are methods of population control that are on the agenda of the NWO.

The monument was destroyed on July 6. The GBI released footage of the explosion at night with a car driving away, and declared the cause to be a bomb.

Taylor contends that it was lightning that destroyed the monument, but because officials “don’t want to give God credit,” they are claiming it was a bomb.

Since then, some media outlets like BuzzFeed News have implied that the candidate may have had a connection to the alleged bombing.

“If it was a bomb, that person needs to be arrested because we are a nation of law and order, but based on what people in Elbert County saw, it was lightning,” she said.

With a doctorate in counseling, Taylor has been an educator for 19 years and says she is able to recognize the signs of anxiety and stress lingering from the incident in her and her family.

“It’s just sick to know that someone wants me murdered,” she said. “They knew I ran on ‘Jesus, Guns, and Babies,’ so they expected me to answer the door with my gun and get shot. That’s what they wanted.”