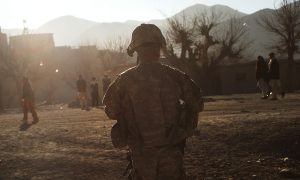 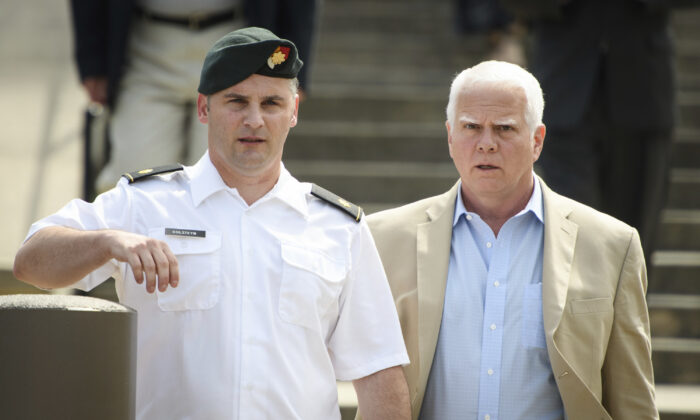 Former Green Beret officer Mat Golsteyn said he was “incredibly stunned” when he learned that he was pardoned by President Donald Trump.

“It’s been a whirlwind with 12 hours. I think that we woke up today probably still incredibly stunned and awed by the president’s generosity, the time that he spent with us on the phone,” he said during an appearance on “Fox & Friends” on Nov. 16.

“He was just incredibly sanguine, warm and demonstrated an amazing degree of knowledge about the case and what had been going on.”

“It was an incredible honor,” Golsteyn added, praising Trump’s “incredible display of courage.”

Charges against Golsteyn for allegedly killing a suspected terrorist while in Afghanistan in 2010 were dropped through an administrative process, but he was charged with murder in 2018 after investigators reopened the case based on several admissions Golsteyn made, including one while applying for a job at the CIA.

In a statement, White House press secretary Stephanie Grisham said that Golysten was slated to stand trial for the alleged killing.

“As our forces cleared the Taliban from the city of Marjah, an Improvised Explosive Device detonated, killing two Marines. The terrorist bombmaker, as identified by an Afghan informant, who had killed our troops, was detained and questioned,” she wrote.

“Golsteyn was compelled to release him, however, due in part to deficiencies within the fledgling Afghan detention system. Golsteyn has said he later shot the terrorist because he was certain that the terrorist’s bombmaking activities would continue to threaten American troops and their Afghan partners, including Afghan civilians who had helped identify him. After nearly a decade-long inquiry and multiple investigations, a swift resolution to the case of Major Golsteyn is in the interests of justice.”

The case of Major Mathew Golsteyn is now under review at the White House. Mathew is a highly decorated Green Beret who is being tried for killing a Taliban bombmaker. We train our boys to be killing machines, then prosecute them when they kill! @PeteHegseth

Trump said last month that Golsteyn’s case was “under review at the White House.”

“Mathew is a highly decorated Green Beret who is being tried for killing a Taliban bombmaker,” he said. “We train our boys to be killing machines, then prosecute them when they kill!”