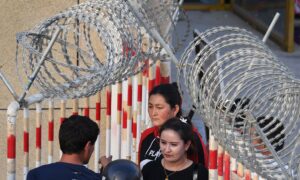 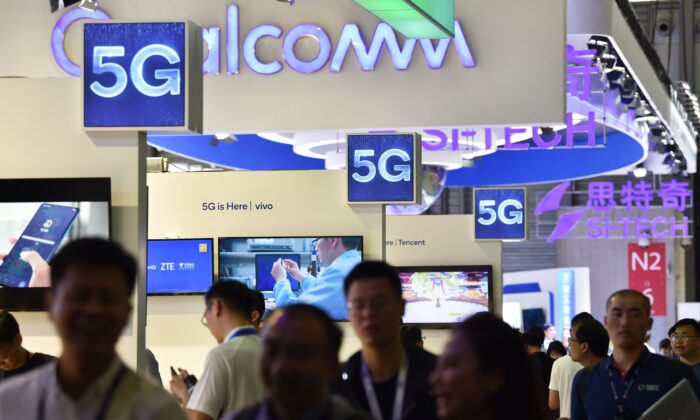 Former Google CEO, Execs, Call for ‘Disentangling’ of US and Chinese Tech Sectors

A group of tech experts is calling for “some degree of bifurcation” between the U.S. and Chinese tech sectors, according to a report obtained by Axios.

The report, titled “Asymmetric Competition: A Strategy for China & Technology,” was authored by a group of 15 tech industry executives, investors, and China experts, known as China Strategy Group, that was formed in July last year.

“America’s technological leadership is fundamental to its security, prosperity, and democratic way of life. But this vital advantage is now at risk, with China surging to overtake the United States in critical areas,” the report warned.

The Group is co-chaired by Eric Schmidt, former CEO of Google, and Jared Cohen, CEO of Jigsaw, a tech incubator created by Google. Other members include Elizabeth Economy, a senior fellow for China studies at the Council on Foreign Relations and Stanford University’s Hoover Institution; and Richard Fontaine, CEO of the think tank Center for a New American Security.

The report, which contains several proposals for how the United States can confront the challenges posed by the Chinese regime’s ambitions for tech dominance, was being circulated in the Biden administration, according to Axios.

“Some degree of disentangling is both inevitable and preferable,” the report stated.

It warned that if bifurcation did not occur, the Chinese regime could dominate the global sector and turn it into “a single digital world in which the governing standards and norms do not reflect democratic values.”

Although the report was critical of how the Trump administration confronted China’s economic threats, it acknowledged that “disentangling” would be “more favorable to U.S. interests.”

“In any case, the pre-Trump ‘status quo’ has been radically disrupted; returning to it cannot, and should not, be a goal of our policy,” the report summarized.

During the 2018–2019 trade war, the concept of “decoupling,” or separation between certain sectors of the U.S. and Chinese economies, became a much-talked-about option for the United States.

Former President Donald Trump raised the idea of decoupling in September last year, when he said that the United States “wouldn’t lose billions of dollars,” if the country had not done business with China.

Similar calls for decoupling have been voiced by U.S. lawmakers recently. For instance, Sen. Tom Cotton (R-Ark.), in a speech on the Senate floor on Jan. 22, said it was “necessary and urgent” to decouple the U.S. economy from China, following Beijing’s decision to sanction 28 U.S. officials under the Trump administration.

The report warned that competition between the United States and China has become asymmetric.

“China plays by a different set of rules that allow it to benefit from corporate espionage, illiberal surveillance, and a blurry line between its public and private sector. Beijing views these asymmetries as our problem, not theirs,” the report stated.

It also identified a number of factors that have skewed the competition in China’s favor, such as illegal and unfair trade and investment practices, Chinese companies having access to vast sums of state and quasi-state capital, and the theft of intellectual property.

The report called for a multilateral approach, calling on the U.S government to work with like-minded countries. It suggested a new forum called the T-12 to coordinate responses to technological competition with China. T-12 would consist of countries such as Japan, South Korea, Canada, India, Israel, Australia, the Netherlands, and Germany.

“Progress needs to play out within a multilateral framework, not in an attempt to change China’s behavior, but to build critical mass to counter it,” the report stated.

Another multilateral approach recommended in the report was the creation of “trust zones” allowing “global integration that promotes American values.” In these zones, for instance, democratic countries would prioritize joint research and development and remove regulatory barriers to incentivize collective innovation—in order to create competitive products.

The report warned that the United States should be prepared for imminent threats from the Chinese regime.

“In the near term, the United States should prepare for China to go on the offensive more aggressively, deploying coercive economic measures, and lawfare,” the report stated, such as arresting American citizens living in China in retaliation.

China is known for engaging in so-called “hostage diplomacy.” Critics say that Beijing arbitrarily detains foreigners living in the country, as a form of pressure on governments it has disputes with.