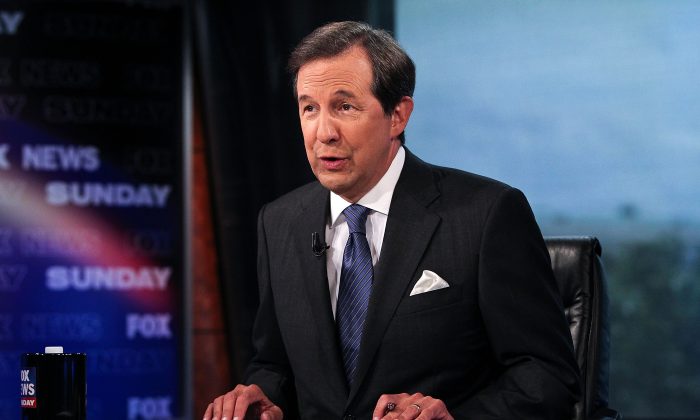 Former Fox host Greta Van Susteren blasted Fox News anchor Chris Wallace for claiming that a “well-connected” Republican, who spoke anonymously, told him there is a 20 percent chance that enough Senate Republicans may vote to remove President Donald Trump during an impeachment trial.

In order to remove a president, more than two-thirds of the Senate would have to vote during the trial.

“There seems to be a growing number of Republicans in Congress who are, if not breaking with the president, distancing themselves from the president,” Wallace said on the show on Sunday. “You had Mitch McConnell, the Senate majority leader who wrote a scathing article about Syria this week.” His comments were picked up by other media outlets, including The Hill.

“And I talked to a very well-connected Republican in Washington this week, somebody whose name you would know well, who says that if the House votes to impeach and it gets to a trial in the Senate, there is now a 20 percent chance he believes—obviously, it’s just an estimate—now a 20 percent chance enough Republicans will vote with the Democrats to remove the president,” he said.

On Monday, Van Susteren wrote on Twitter that Wallace “should know better than to use” anonymous sources and questioned what “well-connected” even meant.

It has been considered highly unlikely that many Republicans would back the impeachment of Trump. Sen. Majority Leader Mitch McConnell (R-Ky.) has expressed displeasure over the House Democrat-led impeachment push, saying they are “finally indulging in their three-year-old impeachment obsession. Full steam ahead.”

White House Chief of Staff Mick Mulvaney was on Wallace’s show on Sunday when he made the “20 percent” statement. He replied to Wallace: “Oh, that’s just absurd. But let’s deal with the issue of Syria … This comment about a 20 percent chance, the person clearly doesn’t know what they’re talking about.”