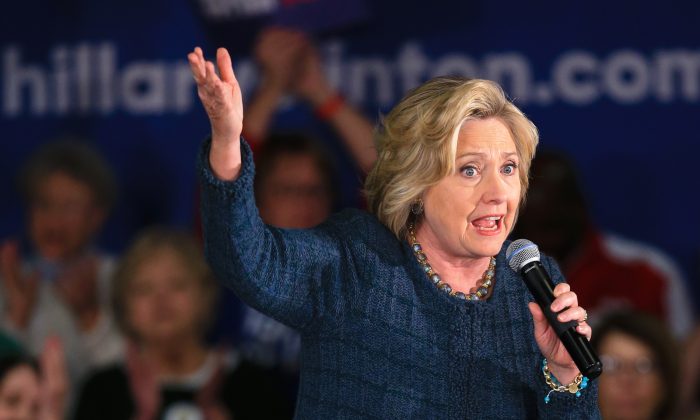 It was discovered last year that Clinton used a personal email for portions of her work as secretary of state from 2009 to 2013, and the resulting fallout has dogged Clinton ever since.

The FBI has been trying to figure out whether any classified intelligence was compromised through the atypical use of a personal email for government matters, but Clinton has denied any wrongdoing.

However, DiGenova said that the situation could soon change.

“They have reached a critical mass in their investigation of the secretary and all of her senior staff. And, it’s going to come to a head, I would suggest, in the next 60 days,” he told Ingraham.

“It’s going to be a very complex matter for the Department of Justice, but they’re not going to be able to walk away from it. They are now at over 1,200 classified emails. And, that’s just for the ones we know about from the State Department. That does not include the ones that the FBI is, in fact, recovering from her hard drives.”

DiGenova believes the FBI will personally interview Clinton sooner rather than later.

He added that the charges the FBI is allegedly compiling will “be so compelling” that Attorney General Loretta Lynch will need to agree. If she doesn’t?

“There will be a massive revolt inside the FBI, which she will not be able to survive as an attorney general. It will be like Watergate. It will be unbelievable,” he said.

“The evidence against the Clinton staff and the secretary is so overwhelming at this point that if, in fact, she chooses not to charge Hillary, they will never be able to charge another federal employee with the negligent handling of classified information.”

The comments came as it emerged Friday that Clinton in 2011 requested a document to be sent via email because the secure fax line wasn’t working.

The exchange between Clinton and senior advisor Jake Sullivan centered on a set of “talking points” on an unspecified subject that Clinton had been waiting for since the previous evening. Sullivan said there were “issues sending secure fax,” so Clinton said he should turn it “into nonpaper w/no identifying heading and send nonsecure.”

The document ended up being sent by fax but Republicans jumped on the passage, which was part of the 3,000 pages of emails released a week after the court-ordered goal.

For instance, Sen. Chuck Grassley of Iowa, the Judiciary Committee chairman, called it a “disturbing email” that appears to show Clinton instructing an aide “to remove the headings from a classified document and send it to her in an unsecure manner.” Clinton, he said, “needs to finally come clean and be transparent about the email practices she used during her tenure at the department.”