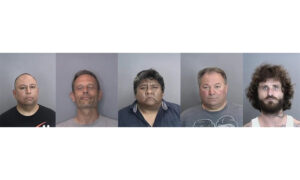 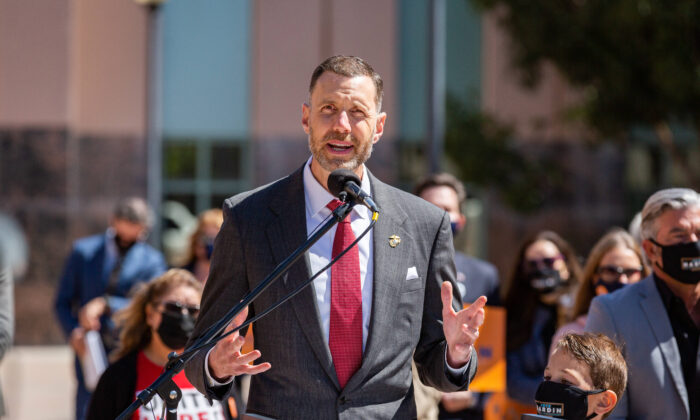 A former U.S. prosecutor has announced his bid to challenge current Orange County District Attorney (OCDA) Todd Spitzer during the next election.

Former federal prosecutor Pete Hardin, who served as a Marine Corps officer, accused Spitzer during a March 16 press conference of using the office “for his own personal and political game.”

“I’m gravely concerned that our current district attorney fights more for headlines and TV appearances, than he does for real smart justice,” Hardin said. “His pursuit of the headline has been at the cost of the pursuit of justice.”

If elected, Hardin promised to remove the death penalty and instead seek life without parole, as well as remove cash bail.

Hardin said he, too, has issues with sentencing enhancements.

“I believe that in some circumstances, sentencing enhancements can create prison terms that are too long, longer than they need to be,” he said. “We need to take a closer look at that. I don’t believe in blanket policies, I believe blanket policies are part of what got us into trouble, where we are today.”

Partway into the press conference, Spitzer arrived and listened to what the speakers had to say. When Hardin’s press conference concluded, Spitzer spoke to reporters about the allegations made against him.

“The fact of the matter is you just heard, right here and now, that he wants to transplant, George Gascon’s LADA policies to Orange County, and I will not have that, I will not tolerate that, and that will not happen,” Spitzer told reporters.

The district attorney continued, “[Hardin] has a gross misunderstanding of the public here in Orange County. And he misunderstands that people expect law and order, they expect to respect the police and they expect to create diversion programs for low-level offenders who we have to intervene at an early stage.”

When announcing his candidacy at the Lamoreaux Justice Center in Orange, Hardin had the support of Orange County Democratic Party Ada Briceno, and Paul Wilson, whose wife was murdered along with seven others at a Seal Beach hair salon massacre in 2011.

Spitzer criticized Briceno and Hardin for bringing party politics into the campaign.

“When I took office, I did not make this partisan, this is a nonpartisan office. I actually took a position not to endorse candidates in elections, because as a district attorney, I need to be impartial,” Spitzer said.

The election is set for June 7, 2022. So far, Hardin is the only person to challenge Spitzer.