Former FDA Commissioner: ‘China Was Not Truthful With the World’ 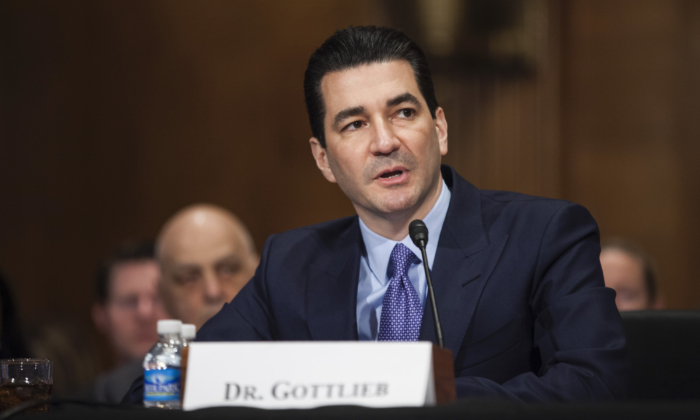 The former commissioner of the Food and Drug Administration said on Sunday that China misled the world about the CCP virus and that the World Health Organization should commit to creating a report on the repercussions of its obfuscation.

Gottlieb made the comments in response to a question about whether it is the right time to defund the World Health Organization, as President Donald Trump and a number of Republicans have recently suggested.

“I don’t think this is a time to defund the WHO given the fact that I think this is going to become an epidemic in the Southern hemisphere and other parts of the world that don’t have resources to deal with this kind of a global issue, but the president raised a lot of valid concerns,” Gottlieb said.

“As late as Jan. 20, they were still saying that there was no human-to-human transmission and the WHO was validating those claims on Jan. 14, sort of enabling the obfuscation from China,” he continued. “I think going forward the WHO needs to commit to an after-action report that specifically examines what China did and didn’t tell the world and how that stymied the global response to this.”

Trump ordered funding for the WHO to be reviewed because he believes the organization has become too “China-centric” despite receiving the largest portion of its funding from U.S. taxpayers. The United States’ contributions make up 22 percent of the WHO’s assessed funds from member nations.

The president has noted that in addition to repeating Beijing’s statements about the Chinese Communist Party (CCP) virus, also known as the coronavirus, the WHO criticized his early decision to ban travel from China. Trump also said he believes the WHO likely knew about the danger of the outbreak earlier than the organization let on.

“They called it wrong. They missed the call. They could have called it months earlier. They would have known. They should have known. And they probably did know. So we’ll be looking into that very carefully,” the president said on April 7.

Gottlieb noted that China also failed to promptly share the information about the virus’s molecular structure with the world.

“China didn’t share the viral strains and the WHO should have made them do that,” he said. “Had they shared those early on we could have developed a diagnostic test earlier, validate earlier.”

“The WHO helped the Chinese Communist Party hide the threat of COVID-19 from the world and now more than 10,000 Americans are dead, a number that is expected to rise dramatically in the coming weeks,” Reschenthaler said in a statement.

Internal government documents obtained by The Epoch Times have highlighted how the Chinese regime purposefully under-reported cases of the CCP virus, silenced whistleblowers, and censored discussions of the outbreak.

Gottlieb also suggested that the WHO should work closer with Taiwan, which is still not a member of the WHO. A senior adviser for the WHO, when asked a question on the subject of Taiwan’s membership, appeared to hang up on the reporter after first claiming not to hear the question before requesting to skip to another question.

The WHO has not admitted Taiwan due to pressure from the CCP. Taiwan has also accused the WHO of ignoring its questions at the start of the outbreak and not sharing the local data it sends. Taiwan has remarkably few infections and deaths from the CCP virus despite its close proximity to China.

“I also think they need to embrace Taiwan’s role in the global health community and allow them to attend the World Health Assembly. Right now they’ve frozen [Taiwan] out, the WHO has, at sort of the behest of China,” Gottlieb said.

The WHO did not immediately respond to a request for comment.