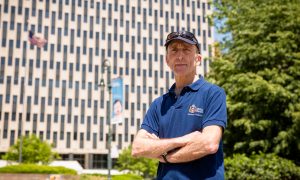 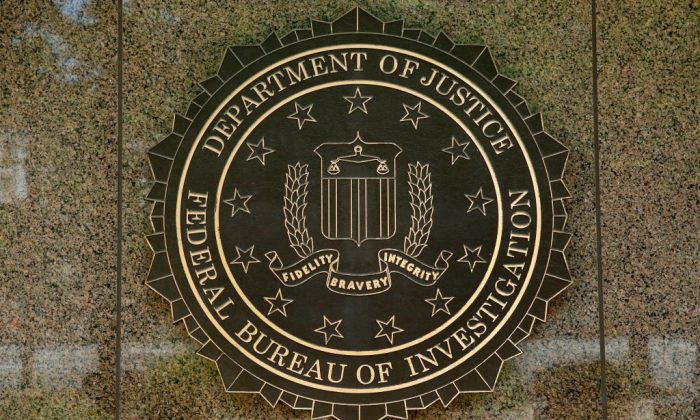 The FBI seal is seen outside the headquarters building in Washington, on July 5, 2016. (YURI GRIPAS/AFP/Getty Images)
US

The image of the FBI has been tarnished over the last several months, as political interests overshadowed its traditions of independence and integrity. Former FBI Director James Comey re-opened the investigation into Hillary Clinton’s emails just days before the 2016 presidential elections and admitted on record that he conspired with former Attorney General Loretta Lynch to frame the investigation as a “matter,” in line with the Democratic Party’s political messaging.

Comey also admitted on record that he personally leaked memos from his meetings with President Donald Trump to The New York Times through a friend, and it was recently revealed that half of those memos were classified, making his actions potentially illegal.

For the public, these events and related issues were damaging to the image of the FBI and the broader U.S. intelligence community. But for the FBI, these issues represented something more serious: They demonstrated, at the head of the FBI, a departure from the code of values that the agency was built upon.

The FBI is an acronym for the Federal Bureau of Investigation, but among those within the agency, it has another meaning, according to Marc Ruskin, who spent 27 years in the FBI and wrote the memoir “The Pretender: My Life Undercover for the FBI.”

“Within the FBI, it also refers to an acronym for fidelity, bravery, and integrity,” Ruskin said, noting they are the “three core principles of the FBI.”

“They’re taken very seriously by all the agent population,” he said.

Fidelity is tied to loyalty, he said, “not just to the Constitution, but also to each other.” Bravery, for them, is tied to agents accepting the risks they face in the line of duty.

But integrity is a foundation of the agency itself. Among FBI agents, lacking integrity is viewed as a serious breach of values. Ruskin noted that in most cases when an agent is fired, “it’s usually not because of the violation of a regulation—it’s usually because of a lack of integrity.” Even between FBI agents, he said, “if an agent were to not show integrity, he would be shunned by fellow agents.”

“The agency itself is almost self-policing because no agent would tolerate corruption among his fellow agents,” he said.

Ruskin said it’s because of these values that many FBI agents have been bothered by the politicization of the agency. Comey’s decisions to leak select information and to prosecute only select political cases have damaged morale within the FBI “and ultimately discredits the agency in the public eye.”

He said when the agents start getting pulled into politics, it takes them away from their assigned roles. “It kills morale, it kills the mission, and you become less productive.”

He added, however, that while the current situation isn’t ideal, it’s also not as bad as the media portrays it. Things go well 98 percent of the time, he said, but the good deeds typically don’t make headlines. “It’s that 2 percent that comes out, and it’s thrown into the press and someone gets dragged through the mud.”

Among the key problems, according to Ruskin, is that the top leadership doesn’t always share the values of agents on the ground.

“At the FBI, the people who work in the field, the vast majority of them are exceptional people with very high values,” he said, noting that they often work long hours without extra pay, and put their lives on the line. “They’re doing it because they believe in what they’re doing and they want to have a positive effect on society,” he said.

The top leaders, on the other hand, are typically political appointees, and their actions can greatly affect the agency, down to which cases get investigated or dropped.

Ruskin is an advocate for the political independence of the FBI. “For a true democracy to function effectively,” he said, “it needs to have an independent federal law enforcement agency and to not be influenced either by politics or by ideology.”

He gave an example of his work in the mid-1990s, when he was assigned to work with two agents from the Belgian national police force on a homicide investigation. The agents told him about a case they’d worked on that was thrown out in Belgium for political reasons.

“They had been working on a case that involved political corruption, and also there was a child pornography aspect to it as well,” he said. “And as their investigation proceeded, they began to develop subjects—targets of the investigation—who were high-level public officials.”

As they continued to advance their investigation, Ruskin said, they were called into the office by their supervisor and told to bring the case file with them. “The supervisor then instructed them to leave the file on his desk and to go work on some other case.” They were then told they would “no longer need to concern themselves with this investigation.”

Because crime was allowed by a political faction that could influence law enforcement, he said, “corruption has become more and more rampant in Belgium, and there is no control over it. It’s like a cancer.”

“The same thing would hold true in the United States,” he said. “If the FBI is not independent, then there is no control on public corruption.”