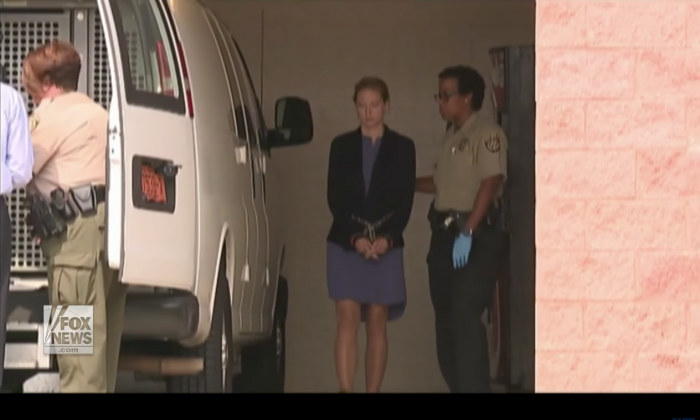 A retired FBI agent and his daughter have been found guilty of second degree murder after a jury reviewed evidence surrounding a struggle between the two defendants and the daughter’s now-deceased husband.

The verdict was delivered by a jury in Davidson County, North Carolina, who believed that the father, 67-year-old Thomas Martens who worked with the FBI for over 30 years, and daughter, 33-year-old Molly Corbett, maliciously bludgeoned the daughter’s husband, 39-year-old Jason Corbett, to death in the couple’s bedroom on Aug 2, 2015.

Martens, a former counterintelligence agent and lawyer, claimed that he hit his son-in-law over the head with a baseball bat after walking in to find Jason Corbett choking his daughter. Martens and his wife were visiting their daughter on an unexpected visit after Martens made an abrupt change of plans.

Both defendants pleaded not guilty, claiming that they acted in self defense and in defense of another.

But the prosecution argued that the blood-splatter evidence at the crime scene demonstrated “excessive force was used in the heinous, atrocious, and cruel death of Jason Corbett,” reported WXII.

Doctors’ testimony in court showed that Corbett was hit at least 12 times in the head with the baseball bat and a cement brick, reported Independent.ie. Evidence indicated that some strikes to the head were made after Corbett was already dead.

“I hit him until I considered the threat to be over,” Martens told the court. “I made the decision to hit him in the back of the head with the baseball bat to end the threat to my daughter.”

Prosecutors also reviewed testimony from the 911 operator who answered Marten’s call and provided the father and daughter CPR instructions on the morning of Corbett’s death. Martens told the 911 operator, “I think I killed him.”

Hear the 911 tape recording of the moments Martens called Davidson County 911 for help.

The prosecution claimed that the defendants faked their CPR efforts, and that Martens did not call 911 immediately, evidenced by the cool state of the Irishman’s body on arrival and the “dry, flaky blood on Jason Corbett’s chest and vacuum.”

Both defendants were found by first responders with no blood on their hands.

The prosecution also posed the question to the jury, “Why didn’t they stop?” The autopsy showed Corbett died from blunt force trauma and fractures to the skull, reported Journal Now.

Tom Ammland, jury foreman, told WXII how the jury arrived at its sentencing decision, “Malice starts with overkill. It may have started as self-defense, but at some point, it went from self-defense to manslaughter. And that’s where the malice comes in.”

Molly and Jason Corbett, an Irish businessman, married in 2011 after Corbett’s first wife died. Molly was working as an au pair for the Corbett children, Jack and Sarah, at the time, reported The Sun.

According to search warrants, just days before his death, Corbett had been planning to relocate back to Ireland with his children. He had also blocked attempts by Molly Corbett to adopt them, reported Journal Now. After Corbett’s death, his sister, Tracey Lynch and her husband, David Lynch, won custody of the children who now live in Ireland.

Jason Corbett moved his family from Ireland to the United States because Molly was homesick. He payed $390,000 for the couple’s home, and paid Martens $49,000 toward the cost of their Tennessee wedding ceremony, Independent.ie reported.

According to The Sun, Joanne Lowry, a longtime co-worker of Martens at the Counter Intelligence Office, testified at the trial that Martens mentioned he “hated” his son-in-law during a discussion two months before Corbett’s death. Martens never explained why he felt badly toward Corbett, but Lowry said there was a distinct change in attitude when Martens began referring to Corbett.

During the trial, Martens said Jason Corbett, “did not measure up to what I thought my daughter’s standard should be,” according to Independent.ie. Martens had previously suggested that his daughter divorce the Irishman.

It was revealed during the trial that Molly Corbett was the main beneficiary of her husband’s $600,000 life insurance policy.

Ammland said the trial was extremely emotional for all those involved. “There are no winners in this case. Everyone loses to some degree,” he told Fox News.

Martens was convicted with a 12-0 vote by the jury on Tuesday, Aug. 8, but Molly Corbett only had 10-2 votes when court was adjourned. The following day, Molly Corbett was also convicted on a 12-0 vote after two jurors willingly reversed their vote “after having a night to sleep on it.” Under North Carolina law, the verdict is delivered only after all 12 jurors are in agreement.

Martens and Molly Corbett have been sentenced to 20 to 25 years prison.

Before leaving the courtroom, Molly Corbett said to her mother, “I’m really sorry, mom. I wish they’d just kill me.”