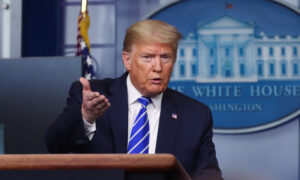 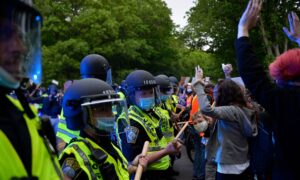 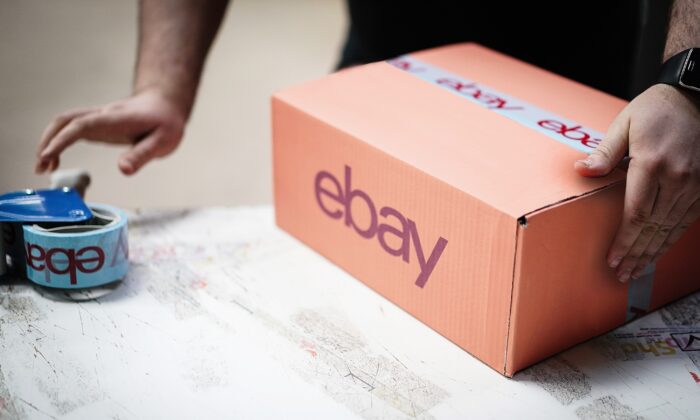 An eBay package is prepared for shipping in London, UK, on April 5, 2020. (Ki Price/Getty Images for Ebay)
US News

Six former eBay employees were charged for engaging in a cyberstalking campaign against a couple who published a newsletter that sometimes published criticism of the company, prosecutors said.

The group, which included a top security official, allegedly sent the couple anonymous, threatening messages in a campaign punctuated by disturbing deliveries, including a bloody pig mask and a box of live cockroaches.

U.S. Attorney Andrew Lelling on Monday called it “a systematic campaign, fueled by the resources of a Fortune 500 company, to emotionally and psychologically terrorize this middle-aged couple.”

The goal, he said at a press conference, was to deter the couple from “writing bad things online about eBay.”

David Harville, 48, a New York City resident and eBay’s former director of global resiliency, was arrested in the city on Monday morning and charged with conspiracy to commit cyberstalking and conspiracy to tamper with witnesses.

Those four were charged with conspiracy to commit cyberstalking and conspiracy to tamper with witnesses and will make appearances in federal court in Boston at a later date.

The victims of the cyberstalking campaign weren’t named. They were described as a middle-aged couple who live in Natick, Massachusetts, who edit and publish, respectively, a newsletter that covers e-commerce companies, including eBay.

Top executives at eBay followed the newsletter’s posts, often taking issues with both the content and comments left by anonymous commenters under the stories.

After the newsletter published an article about litigation involving eBay, two members of the company’s executive leadership team sent or forwarded messages suggesting it was time to “take down” the editor of the newsletter.

The harassment campaign the six employees are alleged to have engaged in included anonymous and disturbing deliveries, including a preserved fetal pig, a funeral wreath, and a book on dealing with the loss of a spouse.

Some of the defendants are accused of sending private Twitter messages and public posts on the platform, criticizing the newsletter’s content and threatening to visit the victims. This part of the campaign was meant to become more and more intense, culminating with the doxing, or publishing of private information, of the couple.

The group also allegedly planned to have Gilbert, a former police captain in Santa Clara, approach the victims and offer to help stop the harassment, to promote goodwill toward eBay and try to identify people anonymously commenting on the newsletter.

Prosecutors said the defendants planned to break into the victims’ garage and install a GPS tracking device on their car. The eBay employees carried false documents purporting to show they were investigating the victims as “Persons of Interest” who had threatened eBay executives in case they were stopped by local police officers.

The victims spotted the defendants surveilling them and alerted the police.

Knowing the police were investigating, defendants tried interfering with the probe by lying about eBay’s involvement, according to charging documents.

The e-commerce company said in a June 15 statement that all of those charged are former employees.

It said it was notified last year about suspicious activity by eBay’s security personnel toward a writer and her husband and launched an investigation that led to the termination of all the employees involved.

The company relayed a statement that it said was from the independent special committee formed to oversee the internal investigation, which said, “eBay took these allegations very seriously from the outset. Upon learning of them, eBay moved quickly to investigate thoroughly and take appropriate action. The Company cooperated fully and extensively with law enforcement authorities throughout the process.”

Devin Wenig, who was eBay’s CEO but left in 2019, was found to have inappropriate communications but an investigation uncovered no evidence that he knew in advance about or authorized the actions that were later directed toward the blogger and her husband.