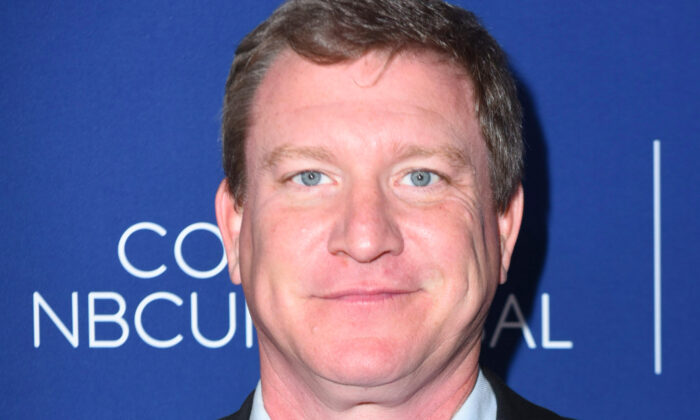 Former Disney Channel actor Stoney Westmoreland has been sentenced to two years in federal prison for trying to solicit a 13-year-old to have sex.

The 52-year-old actor initially faced the charge of enticement of a minor over the internet, which is punishable by up to 10 years in prison. But he managed to reach a plea deal to the lesser charge of using interstate facilities to transmit information about a minor, according to Deadline.

As part of the plea deal, Westmoreland will have 10 years of supervised release after serving his time in prison. He will also be required to comply with DNA collection and register as a sex offender. He must report all of his email and social media accounts, and may not be in contact with people under 18 without adult supervision. His computers and electronic devices are also subject to random searches.

Westmoreland, who portrayed a grandfather on Disney Channel comedy-drama “Andi Mack,” was arrested in December 2018 after trying to arrange a meetup with an undercover police officer whom he thought was a 13-year-old boy. Westmoreland reportedly shared explicit photos with the undercover account on Grindr, a dating app aimed at the LGBT community.

The arrest took place in Salt Lake City, where “Andi Mack” was filmed. The stated age on the Grindr profile used by the police in the sting operation is the same as the main characters of the show and the actors who played them.

The show, first aired in 2017, revolves around the middle school life of 13-year-old Andi Mack and friends Cyrus Goodman and Buffy Driscoll. Cyrus is the first Disney main character to come out as gay.

Disney fired Westmoreland shortly after his arrest. He had appeared in dozens of episodes across all three seasons of “Andi Mack.”

“Given the nature of the charges and our responsibility for the welfare of employed minors, we have released him from his recurring role and he will not be returning to work on the series which wraps production on its third season next week,” the company said in 2018.

The sentence comes amid controversy over Disney’s continued push to add discussions about sex and gender into children’s programming.

In leaked video footage, Latoya Raveneau, an executive producer at Disney, praised the company for accepting her “not-at-all secret gay agenda” and allowing her to “add queerness” into children’s shows wherever possible.

“I don’t have to be afraid to have these two characters kiss in the background,” Raveneau said at the Mar. 28 company-wide video call. She is a director of “The Proud Family: Louder and Prouder,” a reboot of the 2001 animated comedy series.

Disney has also put up intense opposition to a new law that prohibits Florida schools from discussing topics related to sexual orientation and gender identity with students in kindergarten through third grade. “Our goal as a company is for this law to be repealed by the legislature or struck down in the courts, and we remain committed to supporting the national and state organizations working to achieve that,” the company said.