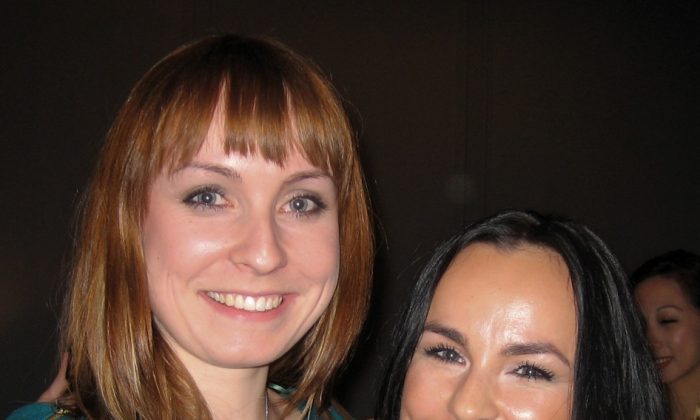 Polish folk dancers, Margaret Brzakalska, who works as a publishing assistant, and Alexandra Scalvini, a teacher, had high praise of Shen Yun.

“The first words that I have is ‘just marvelous,'” Ms. Brzakalska said. “Because I’m a former dancer, for me [I wanted] to be on the stage again.”

Shen Yun uses classical Chinese dance—one of the most comprehensive dance systems in the world, from which branches such as martial arts and acrobatics stem—as the main component of its mission to revive the 5,000-year-old, divinely inspired Chinese culture, according to the New York-based company.
“It’s just phenomenal,” said Ms. Brzakalska, who described the performance as something one must see for oneself.

Classical Chinese dance may look easy when it’s being performed on stage, “but I assure you 100 percent that it is not,” Ms. Brzakalska said, as she attempted to envision how much practice the performers have put into their craft.

After seeing Shen Yun, Mrs. Scalvini said, “You can only imagine how many hours per day [you] have to practice to have such a fantastic performance on stage.”
“It’s just unbelievable,” she added.

The performance draws from legends and stories that were passed down in China over the millennia, the company’s website states. Many of these tales are influenced by the inherent spirituality of the three main religions—Buddhism, Taoism, and Confucianism—that once thrived in China.

Shen Yun, Ms. Brzakalska said, “brings you the history that new generations will not forget.” She was impressed “that still, young people want to share that and want to cultivate that. It’s just fantastic for me.”

“They got together and they want to cultivate the culture; that’s just amazing,” she said. “I wish we could have something like this with Polish culture here in New York.”