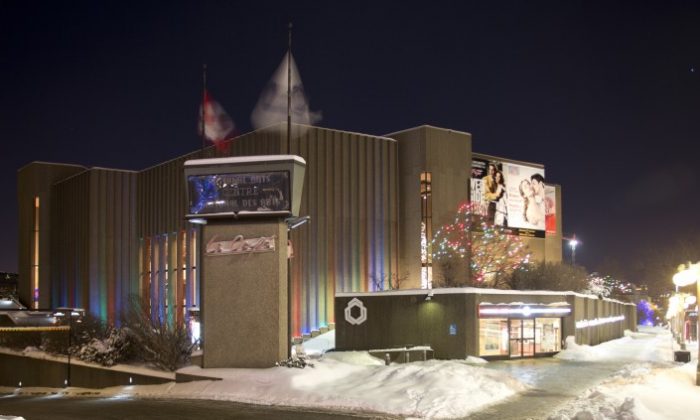 Barbara Grose, who trained with the National Ballet of Canada before going into television work, said Shen Yun’s dancers showed exceptional talent, during an interview at the Dec. 29, 2012, Shen Yun show at the National Arts Centre in Ottawa. (Pam McLennan/The Epoch Times)
News

OTTAWA, Canada—A former ballet dancer, trained with the National Ballet of Canada, took note of the work that went into Shen Yun Performing Arts’ presentation of classical Chinese dance at the National Arts Centre on Saturday.

Barbara Grose, now retired, had a career that saw her go from dance to television and then on to promotions, but throughout her life she has maintained her love of live performance.

“So far it is very, very good,” she said during intermission.

“I am overwhelmed by the technique of their talent, it’s absolutely amazing. Of course, these people are very, very young too, and supple bodies, but the training is there.”

Shen Yun’s dancers train in classical Chinese dance, a discipline with a history of thousands of years passed down largely through the imperial court and enriched dynasty after dynasty.

“The costumes are absolutely exquisite. The technique of the dancers is A1—I know, because I have been there. I am just very very pleased.”

Ms. Grose said her professional training, which placed her among the elite of Canada’s dancers, can get in the way of enjoying a show.

“Sometimes I get carried away by the technique and miss the story, but they are A1 performers—very, very well trained.”

By way of summarizing her evaluation of the performance, Ms. Grose said that “the overall general excellence of the core and the choreography too is excellent. It is very good, very interesting. … It’s very well done, and my goodness they are well trained.”

She praised the dancers’ ability to stay in perfect synchronization, a feat made especially difficult by the flowing nature of the orchestral music.

“This music is difficult. It’s not like when I was dancing, you had modern music and it was 1, 2, 3, 4. Here there is very little beat. The fact that they can all stay together—they are doing very well.”

Shen Yun has three equally large companies touring the world simultaneously, each with its own orchestra. Those philharmonic orchestras are unique for including Chinese instruments that lead the melodies of each year’s all-new original compositions.