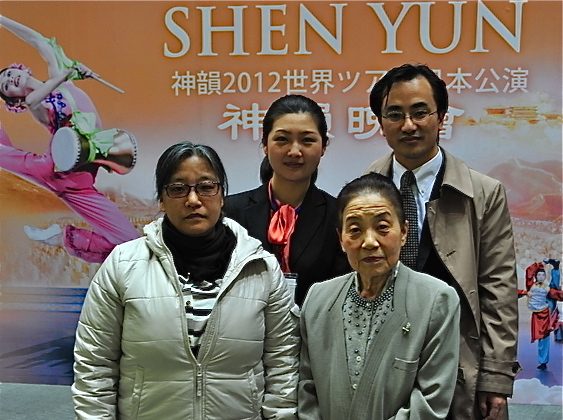 She believes Shen Yun is doing something very wonderful, that is, conveying messages of divinity through its artistic display of China’s 5,000-year-old divinely inspired culture. “In China, there are people who believe in divinity, Buddha. It’s a question of one’s belief. Today’s programs fully express such an atmosphere. Each program is conveying divine messages. Very well-done, really wonderful,” she said.

As for Shen Yun’s classical Chinese dance, she said with unrestrained enthusiasm, “So wonderful, I feel like dancing with them!”

She has been to Shanghai, China, and has some understanding of current arts in China. With no chance to view such a performance in China, she feels touched and looks forward to Shen Yun’s return to Japan, when she said she would bring her students to the performance.