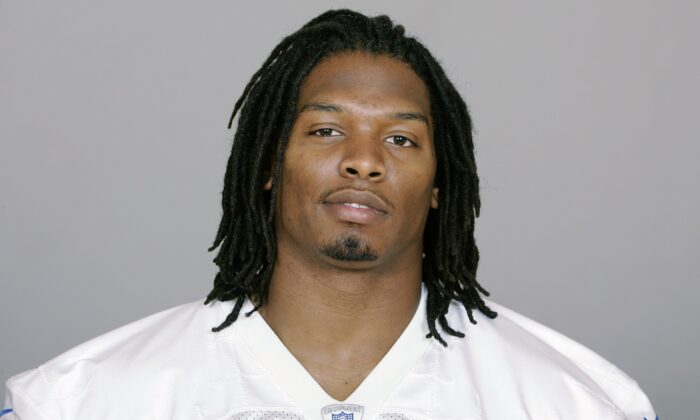 In this handout image provided by the NFL, Marion Barber III of the Dallas Cowboys poses for his 2010 NFL headshot circa 2010 in Irving, Texas. (NFL via Getty Images)
NFL

The body of former NFL running back Marion Barber, who spent much of his professional career playing for the Dallas Cowboys, was found in Texas on Wednesday, the team confirmed. He was 38.

Barber, described by the team as one of the fiercest running backs to have ever played for the Cowboys, was found by police after they conducted a wellness check at a home believed to be leased by the former star.

“Frisco Police along with the Collin County Medical Examiner’s Office are investigating an unattended death at the location,” the department said in a statement, without identifying Barber.

No cause of death was provided, but Barber had in the past had several run-ins with authorities, including in 2014, when he was detained in Mansfield, Texas, for a mental health evaluation. Barber’s mental health issues reportedly started after the end of his NFL career.

The Cowboys said in a statement the team is “heartbroken by the tragic death” of Barber.

“Marion was an old-school, hard-nosed football player who ran with the will to win every down,” the team said. “He had a passion for the game and love for his coaches and teammates. Our hearts go out to Marion’s family and friends during this difficult time.”

Barber played six seasons of his 8-year career with the Cowboys, quickly becoming a fan favorite for his “hard-nosed running style,” which helped him earn the nickname “Marion the Barbarian.”

Barber was drafted by the Cowboys in the fourth round of the 2005 NFL draft out of the University of Minnesota. After playing six years for the Cowboys, he was released following the 2010 season and spent one year with the Chicago Bears.

The former Minnesota player was third on Dallas’ career list for rushing touchdowns before getting passed in 2021 by two-time NFL rushing champion Ezekiel Elliott. Barber finished with 53 overall and never had fewer than four in any of his seven seasons, even though he never had a 1,000-yard rushing season.

Barber’s father, Marion Barber Jr., played seven seasons with the New York Jets in the 1980s. They both played for Minnesota’s Golden Gophers, and the younger Barber is second on the school’s career list with 35 rushing touchdowns.

Barber’s younger brothers, Dom and Thomas Barber, also played for the Golden Gophers. Dom later spent four years as a defensive back with the Houston Texans.