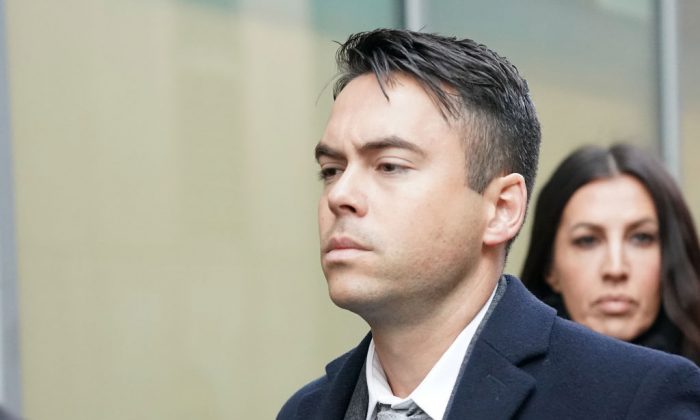 Langley’s contract with ITV’s Coronation Street ended in the wake of an internal inquiry into the allegations on Oct. 26, a source said, according to the Manchester Evening News.

The two women reported being assaulted at a music venue called Band on the Wall on Swan Street, in the early hours of Sunday Oct. 1, according to the paper.

Langley was “clearly intoxicated” when he approached the first woman, Karen Saffman, prosecuting, told the court, according to the BBC.

She went on the explain that after being assaulted, the woman was thinking of hitting Langley but instead asked him: “Did you do that on purpose?” The actor didn’t reply, but a man who was with him apologised, the court heard.

Then, the woman went to the toilets where she met the second victim who spoke to her about the attacks, the BBC reported.

His defence solicitor, Mr Hancock, said it was an “alcohol fuelled”, “isolated incident” according to the Manchester Evening News.

He told the court Langley was not a “serial groper”.

Langley was “clearly a man who has health issues”, he said.

Saffman told the court that the actor had also sexually touched two other women, but did not face charges for the assaults, according to Sky News.

Saffman quoted the first victim’s statement that described how Langley “properly grabbed” her.

Langley was told he could possibly face a jail sentence for his actions.

The actor has played Todd Grimshaw in Coronation Street on and off since 2001. He has also appeared in the Television series Doctor Who.