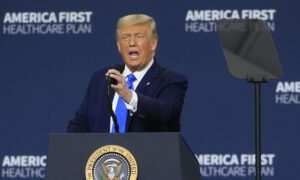 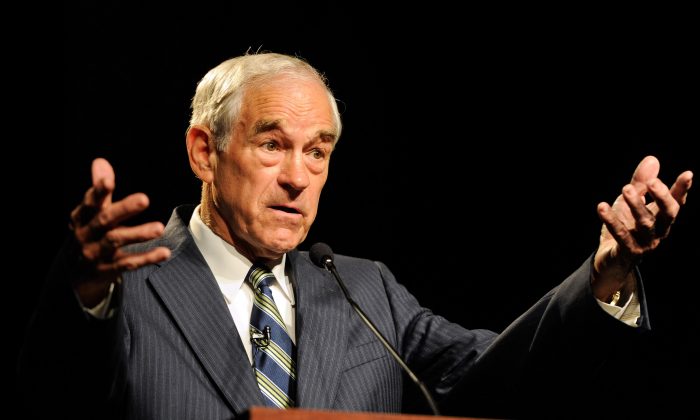 Former Texas congressman Ron Paul posted a photo of himself in a hospital bed with a message that he is “doing fine” hours after he appeared to have suffered a medical emergency during a live interview.

“I am doing fine. Thank you for your concern,” Paul wrote on Twitter.

Paul appeared to lose the ability to speak during a live webcast of his show, “Ron Paul Liberty Report,” according to a video posted on Twitter.

“It has to be liquidated. We have to get rid of that. It’s a burd—,” Paul said before freezing up and struggling to complete the sentence.

Paul is the father of Sen. Rand Paul (R-Ky.), whose office did not immediately return a message Friday.

The Ron Paul Institute did not respond to a request for an update on its founder’s health.

Paul gained a diverse following due to his fierce criticism of federal spending, the Federal Reserve, and the U.S. tax policy. He openly criticized the military-industrial complex, and the wars on drugs and terror.

Well wishes for Paul poured in on social media.

“I wouldn’t be working in politics today if it wasn’t for Ron Paul and his 2008 campaign for President. Probably a lot of other people with similar stories. Prayers up for him,” Republican strategist Andrew Surabian wrote on Twitter.

Paul, 85, has been described interchangeably as a libertarian and a conservative. He is a staunch defender of constitutional rights, including the right to keep and bear arms. He was one of only three Republicans to vote against the Patriot Act, which vastly expanded the U.S. government’s surveillance powers in response to the Sept. 11, 2001, terrorist attacks.