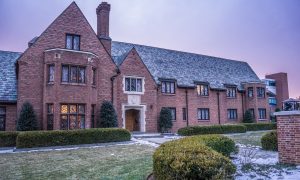 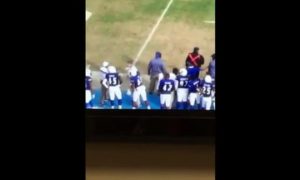 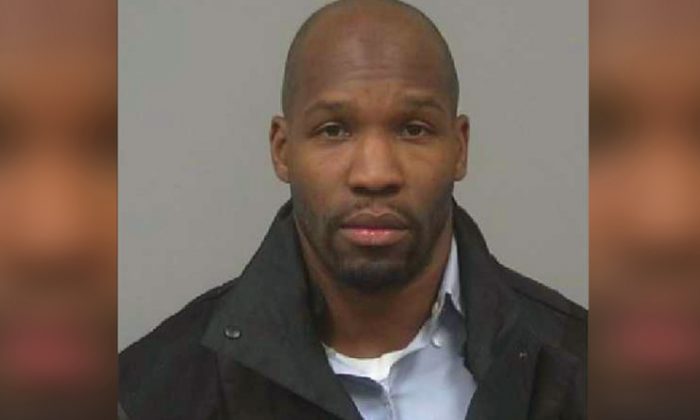 A former Auburn University football star who was working as a youth coach was arrested on Dec. 21 for filming a child in a restroom stall.

Brad Lester, 32, played four years at Auburn but never made it to the NFL. He went on to coach youth football and work as a trainer and substitute teacher—until he was arrested for allegedly using his cell phone to record a child using a restaurant bathroom, the Atlanta Journal-Constitution reported.

Lester faces charges of unlawful eavesdropping and creating or possessing child pornography with the intent to distribute.

The offense apparently took place on the evening of Nov. 6, in an unidentified restaurant in on Braselton Highway in Dacula, Georgia. The victim’s age and identity have not be released due to the nature of the offense.

Lester remained in jail as of Dec. 28, but his attorney, Wesley Person, filed a bond motion on Dec. 26.

Lester played running back at Lilburn’s Parkview High School, then played for the Auburn Tigers between 2004–2008, scoring 20 touchdowns in his college career, GwinnettDaily reported.

Lester was not drafted by any NFL teams, though he did attend a training camp for the Chicago Bears and trained with Houston Texans, but was not signed, he explains in this interview. Lester then played a year in the Canadian Football league before retiring as a player.

In 2010 Lester created Athletes Elite Performance, a training academy for young athletes, in Lilburn, Georgia, with another location in Suwanee.  A.E.P. focused on taking High School and youth athletes to higher levels of strength and agility, the qualities Lester felt had helped him excel.

He supplemented his income as a trainer by picking up shifts as a substitute teacher, then got a job selling used cars.

Gwinnett County schools spokeswoman Sloan Roach confirmed to the Atlanta Journal-Constitution that Lester had worked as a substitute teacher there but “had not worked recently.”

Lester holds a degree in exercise science from Auburn University.