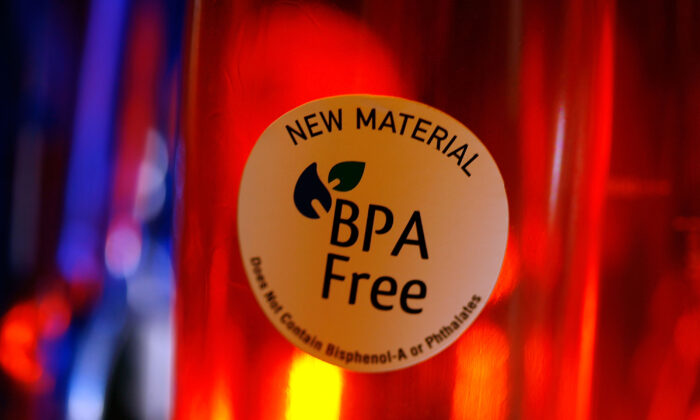 CamelBak brand water bottles hang on display at an outdoor supply store in Arcadia, Calif., on April 16, 2008. (David McNew/Getty Images)
By Cathy He