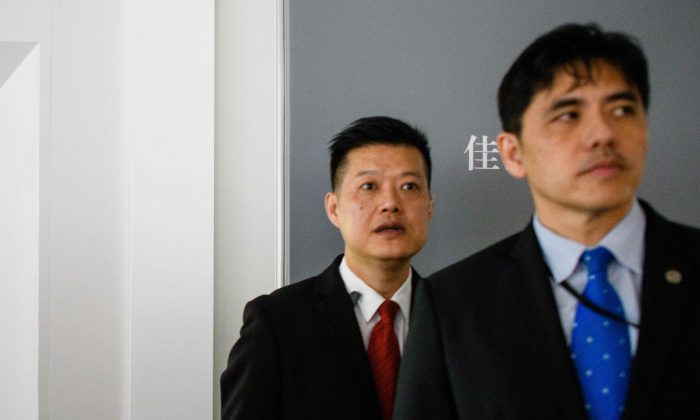 A former CIA officer pleaded guilty May 1 to conspiring to deliver classified information to the Chinese communist regime, the U.S. Department of Justice (DOJ) said.

Jerry Chun Shing Lee, 53, accepted a plea deal with prosecutors, which was approved by U.S. District Judge T.S. Ellis III in the federal court for the Eastern District of Virginia, according to the DOJ statement.

In May 2018, Lee was indicted by a federal grand jury in Virginia on charges of retaining documents relating to national defense, and conspiracy to gather and deliver that information to aid a foreign government.

Lee’s work for Chinese intelligence coincided with the breakdown of CIA spying operations in China from 2010 to 2012, during which more than a dozen CIA informants in the country were killed or imprisoned, The New York Times reported. Lee is suspected to be the source of the breach, according to the report.

Fluent in Chinese, Lee is a naturalized U.S. citizen who was born in Hong Kong and grew up in Hawaii.

Lee worked at the CIA from 1994 to 2007. According to the indictment, he worked as a case officer, with the primary role of recruiting “clandestine human intelligence sources”—that is, recruiting people to spy for the United States.

In his role, Lee had access to the identities of CIA spies and informants; details of intelligence operations; and methods the CIA uses to avoid detection by foreign spy agencies, the indictment said.

After leaving the CIA in 2007, the indictment said, he moved to Hong Kong and began working for an international tobacco company, which fired him in 2009. In June 2010, he started a tobacco business in Hong Kong with an associate.

In April 2010, Lee was approached by two Chinese intelligence officers who offered to pay him $100,000 for information, the indictment said. They also said they would take care of him for life. A month later, Lee reported the meeting to the CIA, but didn’t mention the offer for payment.

Prosecutors said that from May 2010, the Chinese intelligence agents started giving Lee a series of written tasks. The tasks largely involved divulging sensitive CIA information, including national defense information, the indictment said. Until 2011, the agents requested at least 21 pieces of information from Lee.

Lee prepared documents in response to the tasks, including a sketch of the floor plan of an overseas CIA facility. He also allegedly made numerous unexplained cash deposits into his personal bank account totaling hundreds of thousands of U.S. dollars.

Prosecutors also accused Lee of repeatedly lying to CIA officers about his visits to China and other actions in the country.

In 2012, Lee and his family traveled to the United States to return to living in Virginia. During his trip back, FBI agents searched Lee’s hotel rooms in Hawaii and Virginia, and discovered that he had notebooks containing operational notes from meetings with informants; locations for these meetings and covert CIA facilities; and true names and phone numbers of spy recruits and covert CIA employees, the indictment said.

Lee is due to be sentenced on Aug. 23 and faces a maximum of life imprisonment. However, actual sentences for federal crimes are typically less than maximum penalties, according to the DOJ statement.