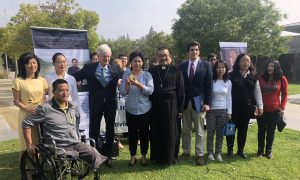 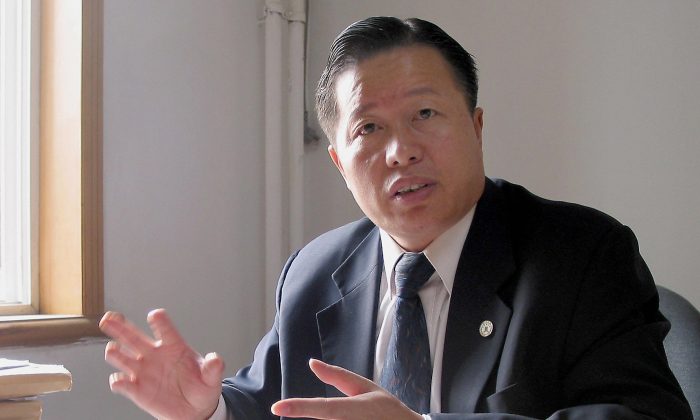 Renowned human rights lawyer Gao Zhisheng’s elder sister killed herself in May 2020, after facing years of pressure from the Chinese regime.

Gao represented vulnerable groups in China, including disabled children, dismissed workers, victims of forced demolitions, Falun Gong adherents, house Christians, among others. He was detained multiple times by authorities as a result of his advocacy. He disappeared in August 2017 and is suspected to be detained, though his whereabouts are unknown.

Geng fled mainland China with their then-16-year-old daughter and 5-year-old son to Thailand with the help of friends on Jan. 9, 2009. The family successfully arrived in the United States that March and were later accepted as refugees.

Geng said in an interview with The Epoch Times that Gao’s sister had taken good care of her husband and constantly worried about his safety following his disappearance.

To coerce Gao into giving up his legal advocacy, Chinese authorities exerted huge pressure on his family as well as his elder sister. According to Geng, Gao’s sister’s home in Dongying city, Shandong Province has long been monitored by the local police.

In August 2006, Gao paid a visit to his sister’s home while her husband was critically ill. However, several policemen suddenly broke in, abducted him, and sent him to Beijing for detention, with his eyes and mouth sealed with yellow tape and his head covered with a black hood, according to Radio Free Asia.

At the time, his sister was also arrested and taken to the local police bureau of Dongying City.

Chinese authorities pressured Gao’s family to disown Geng, who was already in the United States. They still are afraid to receive any phone calls from Geng.

As months dragged on, Gao’s sister developed insomnia and depression. Eventually, she couldn’t bear the emotional toll and threw herself into a river last May and ended her life, Geng said.

Gao Zhisheng: the ‘Conscience of China’

David Kilgour, a former Canadian MP and lawyer, described him as the “conscience of China.”

Gao published open letters addressed to then-Chinese leader Hu Jintao and premier Wen Jiabao between 2004 and 2005, urging them to stop the systematic persecution of Falun Gong adherents. The spiritual practice, rooted in moral teachings based on truthfulness, compassion, and tolerance, has been severely suppressed since 1999, with millions detained inside prisons, labor camps, and other facilities in China. Hundreds of thousands have been tortured while incarcerated, according to the Falun Dafa Information Center.

In the letters, Gao described the torture that Falun Gong practitioners in labor camps experienced, calling for an immediate end to such cruel practices.

After his arrest in 2006, Gao was sentenced to three years in prison on the charge of “inciting subversion of state power,” an offense often used against dissidents.

His lawyer’s license was revoked in August the same year.

Gao was repeatedly placed under arrests, detention, and close monitoring between 2009 and 2017.

On Aug. 13, 2017, Gao Zhisheng fled his home province of Shaanxi with the help of two fellow lawyers. He hid in Shanxi Province, but was discovered by police on Aug. 19. He has disappeared since then.

Geng said that she had asked the Chinese regime’s Ministry of Justice and the General Administration of Prisons many times to disclose her husband’s location. But authorities declined her requests, claiming plausible deniability.

Geng told The Epoch Times that she hopes the American government can help find her husband and bring him back for a family reunion.